The North Pole’s Arctic region has seen record ice melts in 2016. At the other end of the planet, Antarctica (and the surrounding Southern Ocean) has remained cold, with overall in-tact ice coverage — despite its rapidly melting glaciers. While Antarctica’s apparent immunity to rising temperatures has fueled arguments from climate change skeptics, a new study from the University of Washington and the Massachusetts Institute of Technology may have finally solved the conundrum.

According to the study’s lead author, oceanographer Kyle Armour, the answer lies in the vast currents of our planet’s ever-shifting oceans. 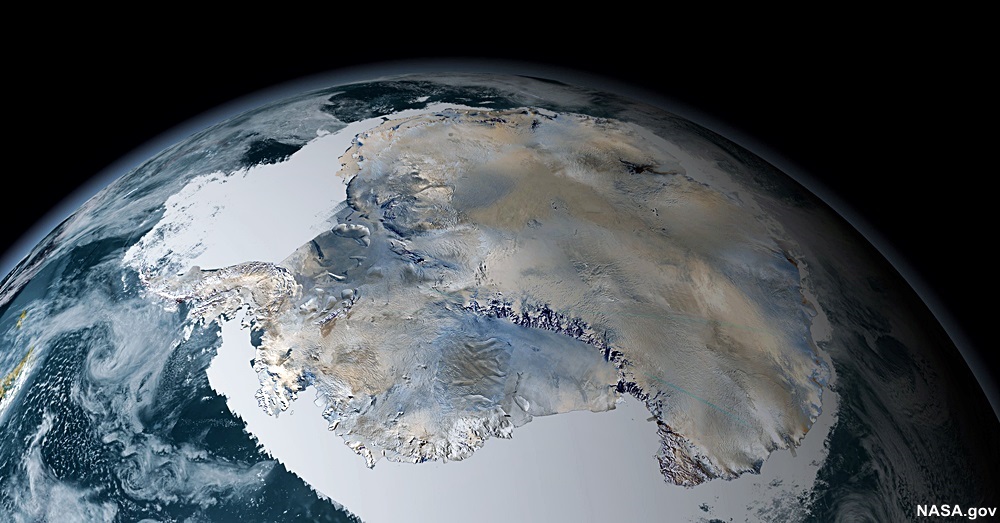 Due to a phenomenon called meridional overturning circulation, surface water around the Antarctic continent is pushed northward — away from the land — by strong winds and trans-oceanic currents. This forces much deeper water (which originated in the North Atlantic and has yet to be affected by atmospheric warming) to the Southern Ocean’s surface.

According to the study, published in Nature Geoscience, this natural mechanism may protect the Southern Ocean from the effects of global warming for centuries longer than anywhere else.

Meanwhile, scientists at NASA may have solved the mystery of Antarctica’s increasing ice coverage. Thick walls of older sea ice seem to create a barrier, inside which new ice may easily form. When combined with cold coastal currents, freezing continental winds, and increased fresh-water precipitation, this barrier creates ideal conditions for the rapid formation of sea ice.

However, while new ice is being created, critical ice sheets appear to be shrinking, and soon may not be able to hold currently grounded glaciers from being released to the sea.

Combined, these findings show that rather than being at odds with the melting North Pole, Antarctic conditions seem to be a logical result of global climatic shifts. Though the answer may be more complicated than science skeptics would have wished, it does appear that everything on our planet is connected, and the apparent polar paradox was merely an illusion created by our narrow purview of time.

Learn more about how the atmosphere and ocean work together to maintain a habitable planet.