The world has seen its fair share of strange relationships – like Nick Cannon and Mariah Carey, and this elephant with its dog friend. But now scientists have discovered that wooly bats are helping pitcher plants survive by roosting inside of them.

This is the first time a symbiotic relationship has been revealed between these particular pitcher plants and mammals.

Found only in Borneo, this pitcher plant species lives in extremely nutrient-poor soil because it survives on what it catches in its pitcher instead of the nutrients in the ground like most plants.

Most carnivorous plants live by attracting bugs and insects into traps with sweet-smelling nectar or bright colors. Pitcher plants use a slippery substance to cover the edge of their pitcher, so when hungry insects arrive they slip down into the bucket-shaped leaf to be digested by the acids contained at the bottom. 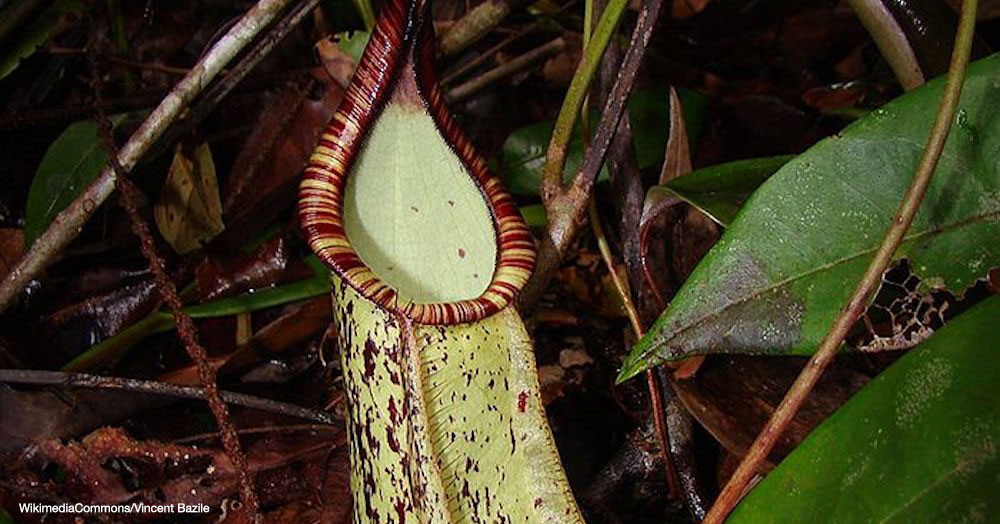 The N. Rafflesiana Elongata pitcher plant requires nitrogen to grow, but it doesn’t receive enough of the substance from insects alone; it has to use the help of a partner.

Small Hardwicke’s wooly bats have been found living inside of these particular pitcher plants, giving the plants nitrogen by essentially using them as a toilet. The plant is able to absorb the bat guano to help it grow, while the bat receives a home where it is safe from predators and parasites that are commonly found in normal bat roosts.

“It was totally unexpected to find bats roosting in the pitchers consistently,” said Dr. Ulmar Grafe.

But why are the bats so attracted to these plants in particular? According to another study done by Michael and Caroline Schöner, the plants have developed a special configuration to reflect the bat’s sonar waves back to them, making the plants distinguishable from their surroundings. 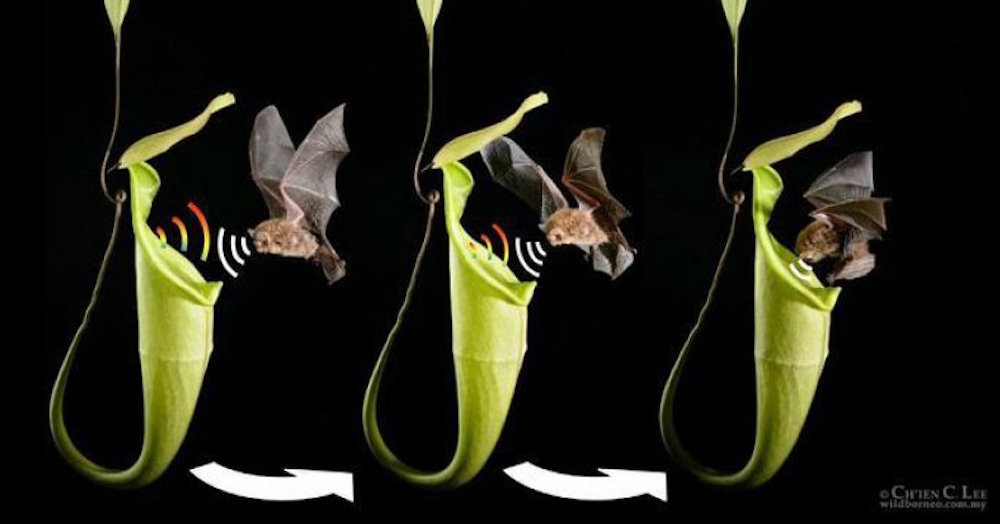 “With these structures, the plants are able to acoustically stand out from their environments so that bats can easily find them,” Michael Schöner said in his study. “Moreover, the bats are clearly able to distinguish their plant partner from other plants that are similar in shape but lack the conspicuous reflector.”

When bats fly, they use sonar similar to a submarine in order to navigate while flying. By making sounds and bouncing them off objects in their environment, bats can get a picture of what is around them.

These two rare organisms have come together and use each other in harmony, forming the perfect natural relationship: a house with food for the rent payment.