The British Antarctic Survey team at the Halley VI ice base is being forced to relocate their research facility due to a massive crack in the ice that has the potential to connect with a previously existing chasm. This will be the first time ever that the team has moved locations.

A large chasm has been encroaching the Halley VI base from the south for a significant period of time, growing three miles in size since 2012. But at the end of October, 2016, another massive crack appeared just north of the research base. If the two cracks end up connecting, a massive chunk of the Brunt ice shelf would be completely dislodged, taking the research station with it if the team didn’t find a new location to the east. 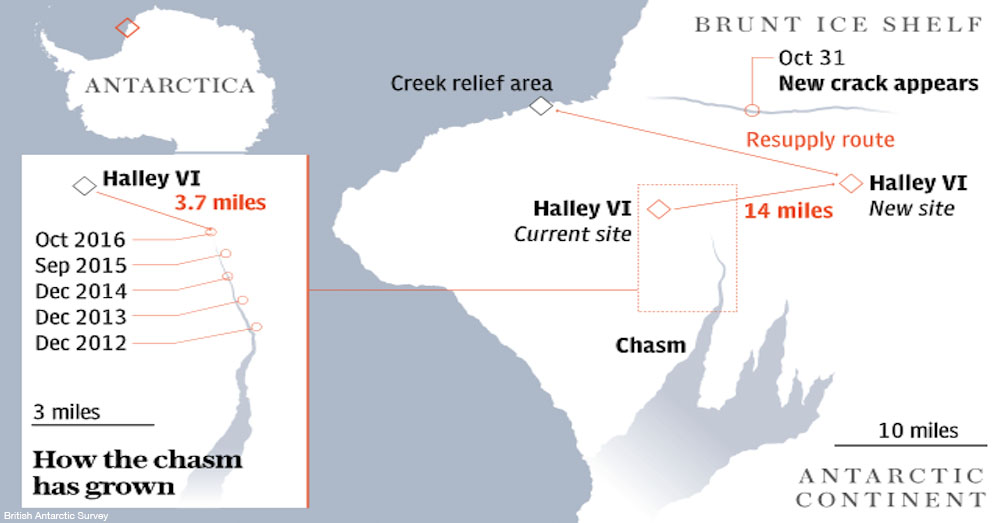 If this particular part of the ice shelf were to break off completely, it would be roughly the size of the state of Delaware.

Before 2012, the large chasm had not changed in size for the previous 35 years. But in the past four years it has grown at a rate of one mile per year.

Despite the 88-member BAS team not being in immediate danger, Director of Operations, Captain Tim Stocking, made the call to move the researchers to a safer area. 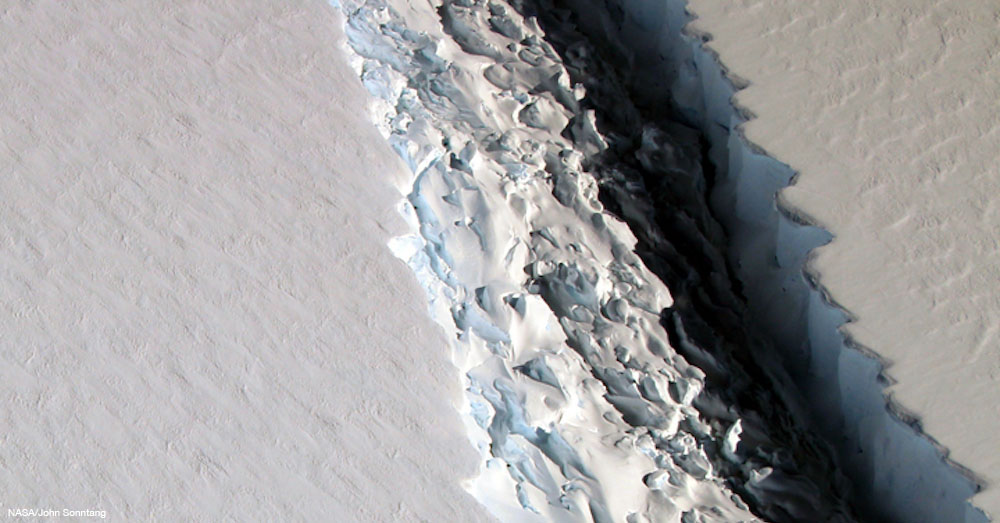 “We want to do the right thing for our people,” he said. “Bringing them home for winter is a prudent precaution given the changes that our glaciologists have seen in the ice shelf in recent months.”

The most worrying situation for the area is simply the rapid expansion of the previously existing chasm, in addition to the new crack found in October, dubbed “the Halloween crack.”

The new crack has been growing at a rate of 200 meters a day, making the potential collapse of the 3,100-square-mile chunk of ice even more likely.

To see what a crack this size looks like for the research team at the Halley VI station, check out the video below.