Ever since its formation, strange things have been happening at Oregon’s Crater Lake. Strange disappearances, Native American legends, ghostly campfires, and even Bigfoot have all been parts of the United States’ deepest lake’s mysteries.

But only one has been persisting through the entirety of the last century: The Old Man of the Lake.

For the past 120 years there has been an ancient hemlock tree lazily floating around Crater Lake, completely vertical. The old tree appears to be rooted to the bottom of the lake, yet freely follows the currents and winds across the surface of the water.

In 1902, geologist Joseph S. Diller recorded the first sighting of this mysterious tree.

The four feet of wood that stand out of the water have long since been bleached white by the sun, while the remaining 30 feet of tree trunk stays perfectly balanced beneath the surface of the crystal blue water. 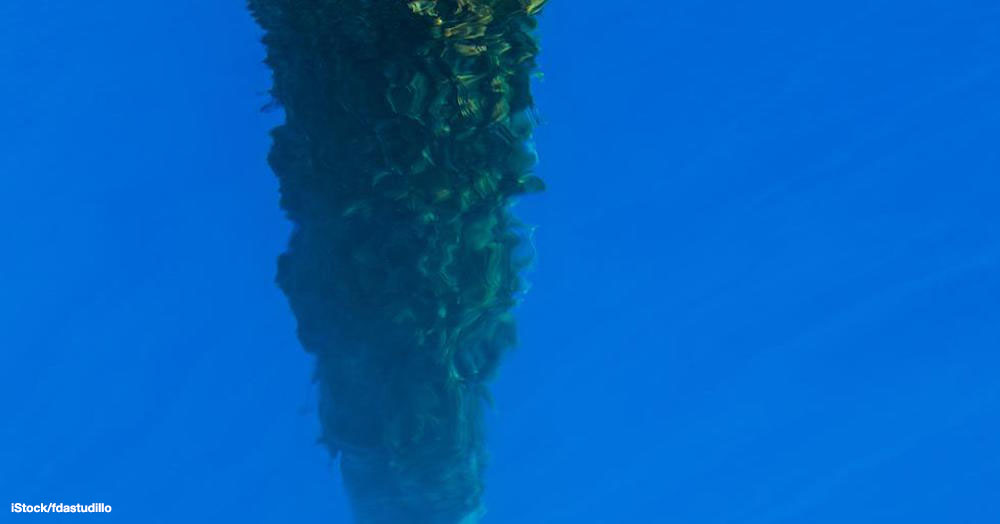 During his time inhabiting the water, the Old Man has traveled to almost every inch of the lake by simply floating along with the wind. Between July 1st and September 30th of 1938, park naturalist John Doerr observed the tree traveling more than 62 miles around the 5 mile wide lake.

To this day there is still very little known about how the Old Man came to be, and even less about how the archaic hemlock stays afloat. It is also said that ‘he’ can control the weather, after a group of researchers tied the tree to the shore of Wizard Island and a massive storm blew in, but then quickly stopped after the tree was released.

Some believe that a rockslide brought the tree down into the lake, caused rocks to be lodged it its root system, and stabilized the tree upright in the water. But normally these trees will only float for a certain amount of time before becoming waterlogged and sinking to the bottom. So why hasn’t this tree? 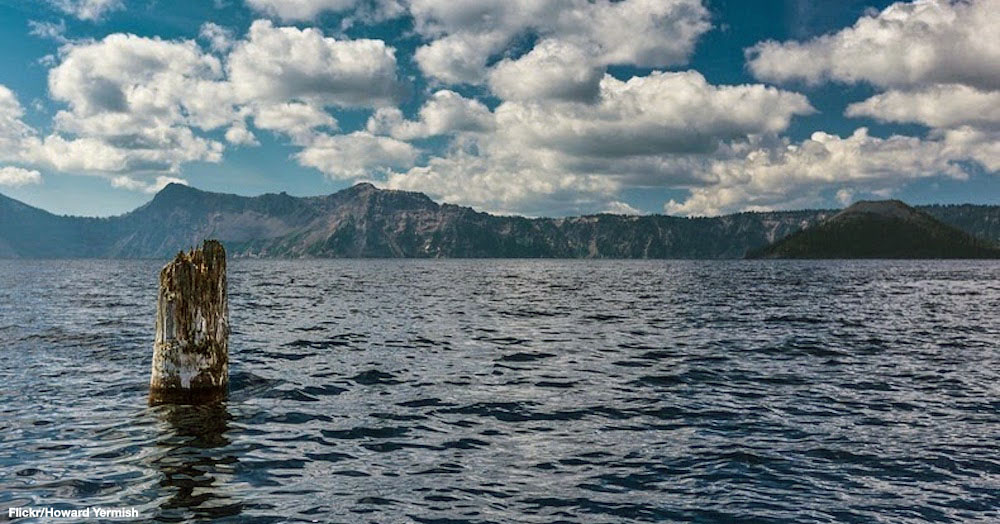 Park Ranger David Grimes believes the cold water of Crater Lake, combined with the greater weight of the submerged part of the tree helps to keep the Old Man preserved and in perfect balance.

Based on carbon dating, the tree is close to 450 years old, though no one really knows how long it has been drifting around the lake.

As just one of the many mysteries of Crater Lake, the Old Man has long since become something of a symbol for the area. An unsolved secret that will live on for an unknown amount of future time, unmoved and unphased by the world around it.