The Milliard boys were just relaxing on vacation when they saw a baby beluga whale wash to shore. Since the whale was stuck and the sun was out, the boys realized she couldn’t last long, so they immediately leaped into action, keeping the whale cool and hydrated as best they could. Their heroics gave the whale a second chance. According to CBC News Montreal, it’s not known what happened to the baby whale’s mother, but this female calf looked to be only a few hours old. She even had her umbilical cord attached. 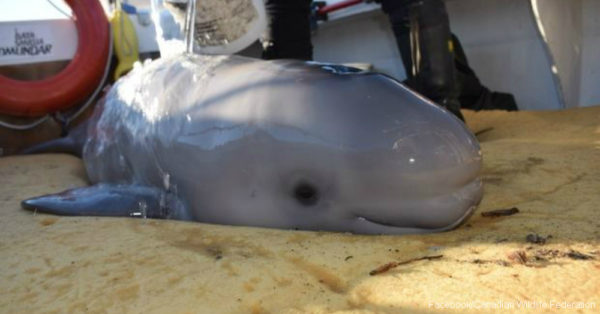 The Dodo reports that the Milliard family was at the St. Lawrence River in Canada when the boys saw the baby beluga. A low tide had brought her almost entirely onto land. 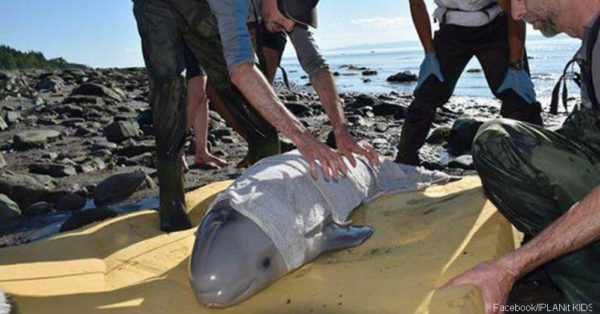 To keep the whale’s skin hydrated, 15-year-old Nicholas Milliard and his younger brothers dug a hole in the ground to draw water. They filled a bucket with water every five minutes and poured it onto the whale, but their task got more difficult the lower the tide went. 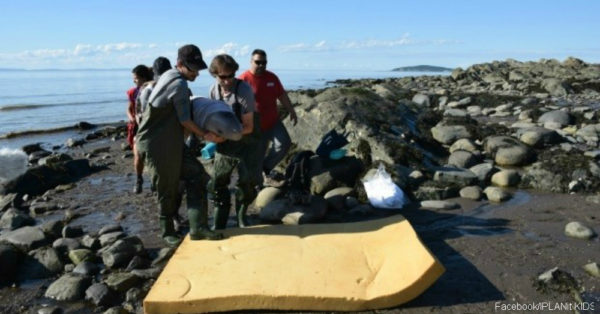 Fortunately, the boys kept the whale stable until backup arrived in the form of the Group for Research and Education on Marine Mammals. This group got the baby back into the water and near another pod of beluga whales. Since beluga whales nurse from their mothers for about two years, this baby needs to find a lactating female willing to nurse her.

The baby hasn’t found another female up to the task yet, but the group is hopeful. This precious baby whale already survived one ordeal on the beach, so hopefully her story has a happy ending. The Milliards stepped up in a time of crisis and gave the whale a second chance at life. Whales everywhere need our help, and we love wearing these earrings to support them.