Australia’s Great Barrier Reef is in trouble because of climate change. This natural wonder suffers from massive bleaching, where coral changes to a ghostly white color because organisms that create the coral can’t feed themselves properly. Luckily, not every coral reef in the Earth’s oceans is going through the same drastic changes seen in Australia. 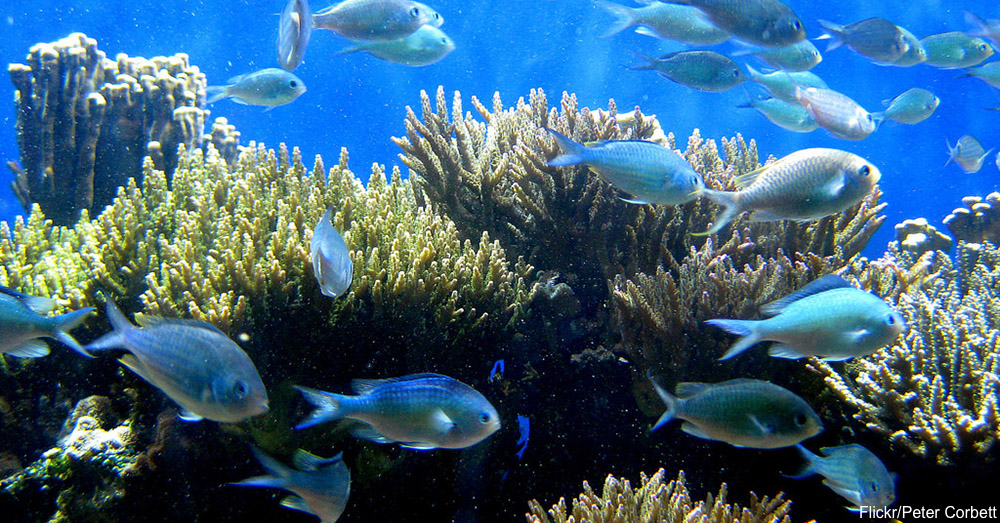 Researchers identified 15 “bright spots” after completing a massive study. Scientists examined 6,000 surveys of coral reefs around the globe and noted 15 areas within the Earth’s oceans where reefs are thriving despite the effects of global warming. These areas are usually in the Pacific Ocean, most notably in Papua New Guinea, Kiribati, Indonesia, and the Solomon Islands. In these places, local people try to conserve the reefs on their own because the fish are vital to their survival.

In some of these places, locals can harvest fish but outsiders cannot. In Papua New Guinea, locals stop fishing in deeper waters to conserve the numbers of fish ahead of feasts and festivals. Locals tend to treat coral reefs better than outsiders, and overfishing is less likely to occur in the bright spots. Overfishing tends to strip coral reefs of natural resources, causing reefs to falter. Researchers also noted 35 dark spots that show that some reefs suffer from extensive damage even though they exist in protected waters that are off-limits to any kind of fishing. The reefs in better shape aren’t pristine or untouched, but they have more fish than expected considering the enormous environmental pressures these ecosystems face on a daily basis.

Scientists aren’t sure why, but they speculate that hands-on human interventions in coral reefs somehow prepare the animals and plants to deal with changes in water temperature. Reefs in deep water, far from human contact, don’t see this kind of intervention and do not adapt to changing conditions as well.

Learn more
An abundant fish population in a coral reef can curb the growth of algae, which can smother coral and kill fish when in overabundance. The study gives researchers a glimpse at what policies work to protect reefs and what may damage these fragile ecosystems beyond repair. Researchers can now go to governments with ideas as to how to protect these natural wonders in the future.

It’s never too late to try to save the Earth’s oceans from the effects of climate change. Watch this video on the importance of coral reefs.