Every spring in Washington D.C., the National Cherry Blossom Festival takes place as thousands of cherry trees bloom seemingly at once. The trees that create the beautiful pink blossoms adorning the Tidal Basin came to the United States in the early 1900s, and they almost didn’t make it.

David Fairchild of the fledgling U.S. Department of Agriculture traveled to Japan in 1902 to find plants that American farmers could use as a way to diversify the crops of the country. Fairchild grew enamored with what Japanese call “sakura,” or cherry blossom trees. Fairchild bought 125 trees from Yokohama Nursery Company, a firm that still exists in 2016, for his own property in Chevy Chase, Maryland, after a failed attempt to grow them in San Francisco. No one else wanted the trees because they didn’t produce any cherries. 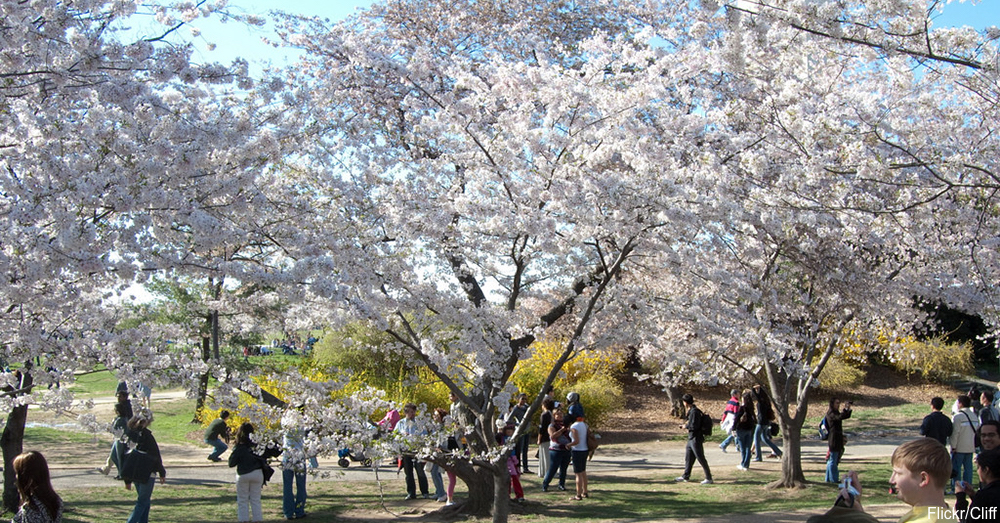 First Lady Helen Taft saw the trees in March 1909, and she wondered if cherry blossom trees could beautify the nation’s capital. The mayor of Tokyo, Yukio Ozaki, sent 2,000 trees to Washington. When they arrived in early 1910, they were infected with insects and had to be destroyed. Ozaki sent another batch, this time 3,000, in 1912. In a ceremony on March 27, 1912, Taft and the Japanese ambassador’s wife planted two cherry blossom trees in West Potomac Park along the Tidal Basin. This was the first National Cherry Blossom Festival, and every year since then, the festival has grown larger. 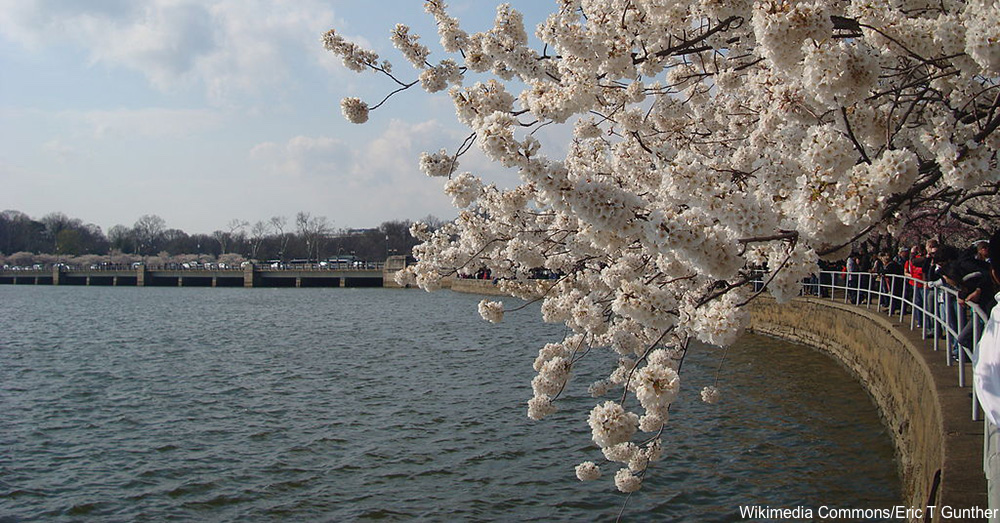 The National Cherry Blossom Festival is an annual event that occurs from mid-March to mid-April. Approximately 1.5 million people come to Washington D.C. every year just to see this springtime spectacle. Expert horticulturists keep track of peak bloom dates by monitoring five different aspects of the trees. They select the peak bloom date when they believe 70 percent or more of the trees should bloom within a few days of each other. The Japanese sent 12 different varieties of cherry blossom trees, but two types line the Tidal Basin.

The cherry blossom trees create an explosion of pink color all around the Tidal Basin for one week each year, and the sight is truly extraordinary as Mother Nature puts on quite a show. Attending the National Cherry Blossom Festival might have an unintended health benefit. Read this article on how living close to nature increases longevity.