Officers at the Parma Police Department in Parma, Ohio got quite the surprise when they noticed a mourning dove with two eggs between the hood and windshield of one of their patrol cars.

In a touching act of kindness, the officers decided that the dove could stay there, and they even helped protect her from the elements and stay comfortable.

First things first: according to Fox 8 News Cleveland, the patrol car where the dove chose to set up its nest was a backup cruiser, so letting the dove use it didn’t interfere with any police activities. That dove certainly made a good choice for its nesting spot. 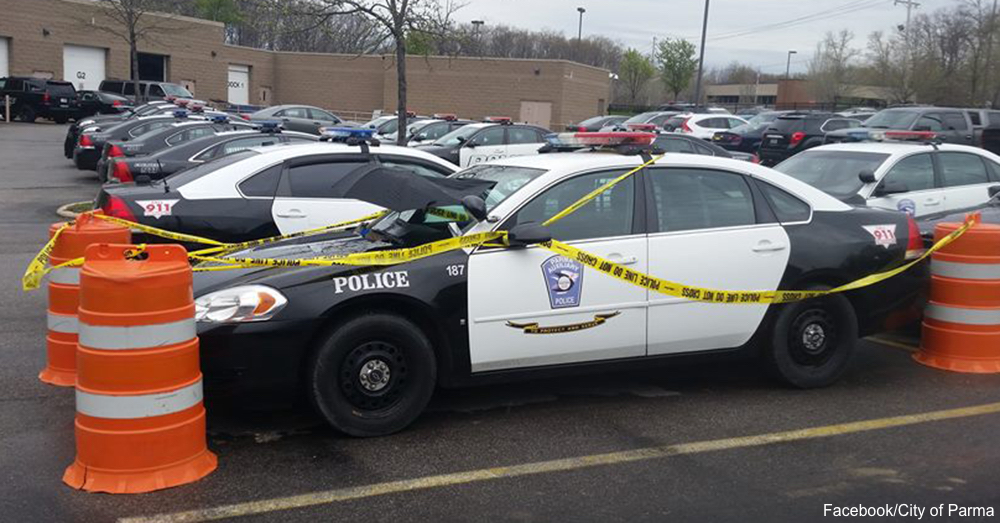 Officers quickly grew attached to the dove, who they named Gerty. However, there may actually be two Gertys, because male and female doves take turns incubating their eggs, with males handling it during the day and females during the night.

Huffington Post reports that the officers certainly went above and beyond to help the dove and its eggs, as they provided it with a water cup to stay hydrated and even dug around in the dirt for worms to feed it. They also taped an umbrella to the windshield to provide shade from the sun and shelter from the rain. Finally, they put traffic barrels and police tape around the cruiser, so people wouldn’t disturb the dove and the nest. 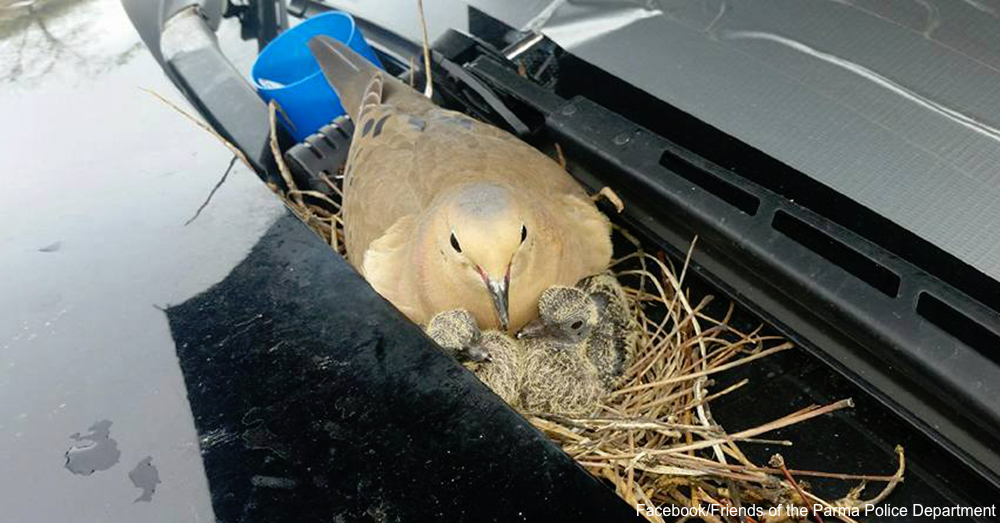 All that care proved worth it in May, when Gerty’s eggs hatched. The mother stayed with her babies all the time, and the police department let her stay there until she and her new family were ready to leave. They joked that they could figure the rent situation out later.The officers at the Parma Police Department showed that protecting and serving applies to both people and animals with the kindness they showed towards Gerty. What is it about birds and police officers? Find out.