Kahn and Sheila truly were a match made in heaven, as both lions experienced difficult upbringings before being brought together at a wildlife rescue in Texas. The staff thought they’d be great together, so they set them up in enclosures next to each other and even let them have dates. Apparently, lions move fast when it comes to dating, because before long, these two were getting married.

According to The Dodo, Kahn and Sheila both belonged to a Texas facility where the owner brought big cats to events and charged for photos with cubs. However, once the lions got too old to be of any use to the owner, he simply stopped taking care of them. Fortunately, his license was revoked, so he can’t have big cats anymore. 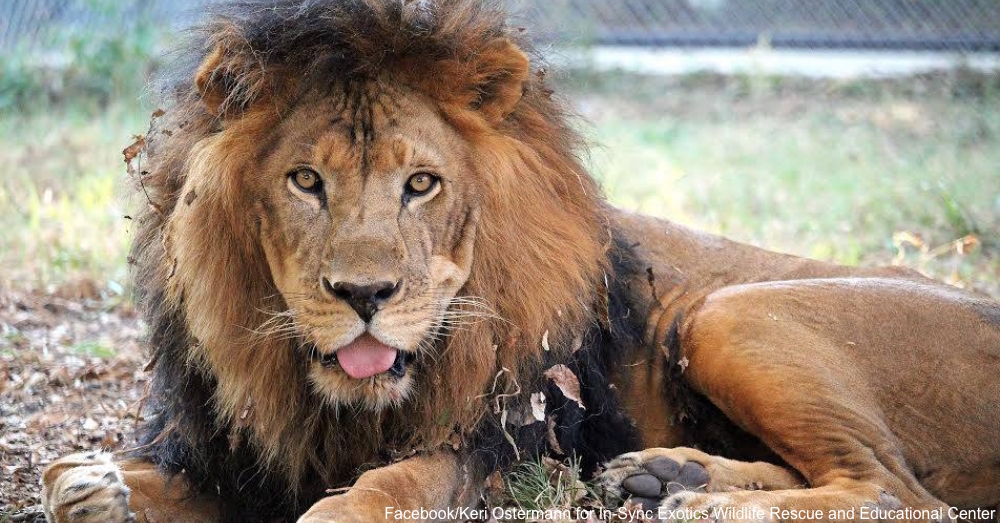 The U.S. Department of Agriculture rescued both lions and brought them to In-Sync Exotics, an exotic wildlife group, because of the owner’s neglect. They rescued the male, Kahn, in March 2009 when he was six years old. He was in poor shape, as he was malnourished, had trouble walking and his tail had been chewed, likely by Kahn himself as he was bored. He had a friendly, positive personality, though, and he recovered quickly.

Sheila, who was rescued at 15 months old in July 2010, had it much tougher. She couldn’t even stand up, and staff had to hand-feed her. She almost died, and the USDA even told In-Sync Exotics that she would likely need to be euthanized. The rescue didn’t give up on her, and in time, she too made a full recovery. 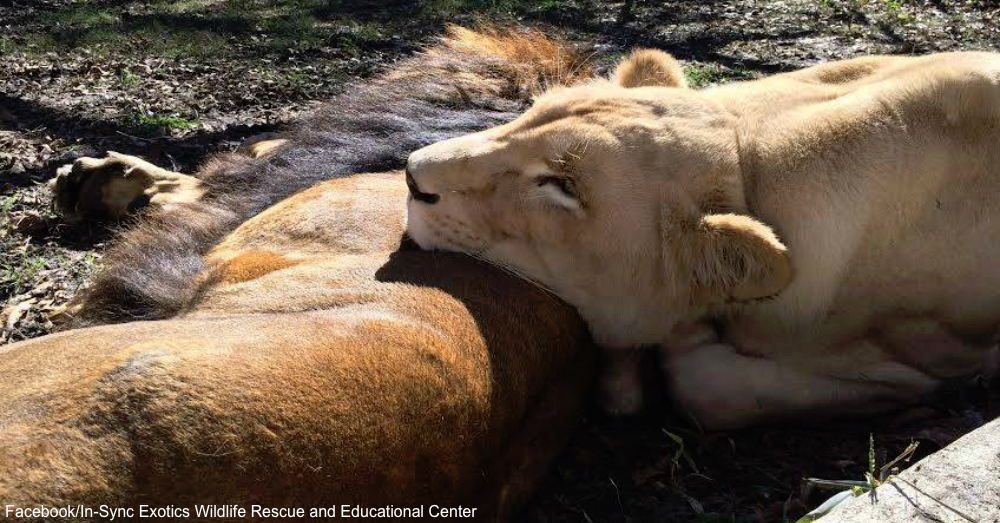 Once they recovered, the rescue played matchmaker by putting both lions in enclosures next to each other. They’d take the two lions out together on dates that got progressively longer, and before long, the lions were spending the night with each other. They got along so well that the staff held a marriage after the lions had been dating three months. Once they were married, the two got to live together.