A dangerous form of malaria once found only in forest-dwelling macaque monkeys has spread to humans in Malaysia, and deforestation may be the cause, according to a 2015 study by the London School of Hygiene & Tropical Medicine.

Researchers were able to correlate a sharp increase in the numbers of reported human cases of Plasmodium knowlesi malaria with nearby changes in land use due to human activities, the study found. 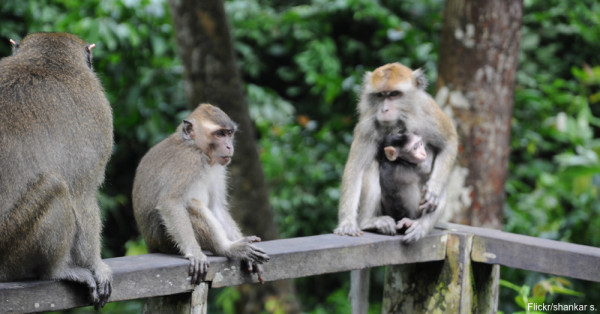 The malaria study, published in the February 2016 issue of Emerging Infectious Diseases, used patient medical records to collect data on the number of P. knowlesi malaria cases and correlated them with satellite map data showing land use and forestation in the Kudat and Kota Marudu districts in Sabah, Malaysia. Researchers were able to show a strong link between the number of P. knowlesi cases and the extent of deforestation located around disease clusters.

Between 2000 and 2012, Malaysia had the highest deforestation rate in the world. The country lost more than 14 percent of its rainforest during that period—an area equivalent to the size of Denmark—because of land-clearing activities.

Forests in the Sabah region were especially impacted, first by relentless industrial logging and then by the rise of industrial palm oil plantations.

Although some of the lost tree cover was replaced with newly planted tree nurseries, the tree farms can’t replace the rich biodiversity supported by the densest areas of lost forest, including animal habitats—which is where the macaque monkeys come in. 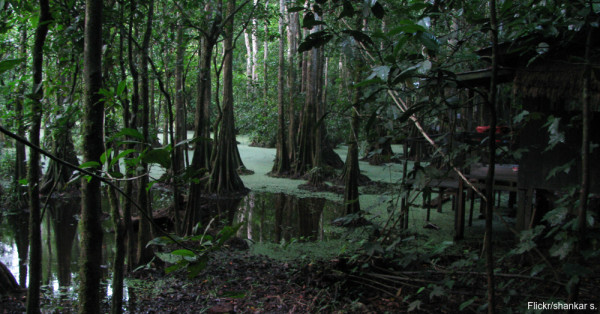 The study authors believe that closer contact between macaque monkeys, mosquitoes, and humans is the probable disease vector for increased malaria cases. This is likely occurring because of increased human employment in forest-clearing activities and agriculture. Because the natural habitat of macaque monkeys and mosquitoes is under pressure, forcing them into smaller concentrations of forest, another possible driver is increased frequency of disease transmission due to proximity—to humans and to each other.

Malaria can be a severe and sometimes fatal disease, and its increase in Malaysia has profound public health consequences. Learn how you can help the Rainforest Trust purchase and preserve rainforest parcels around the world.