Lionfish are beautiful to look at, with their oversized fan-like fins and brilliant contrasting stripes. However, when venomous lionfish invade coral ecosystems, they can cause extensive damage. A 2016 study shows that lionfish are establishing a foothold in the eastern Mediterranean Sea, and scientists are concerned that, without swift action, the fish may proliferate and cause extensive environmental damage. 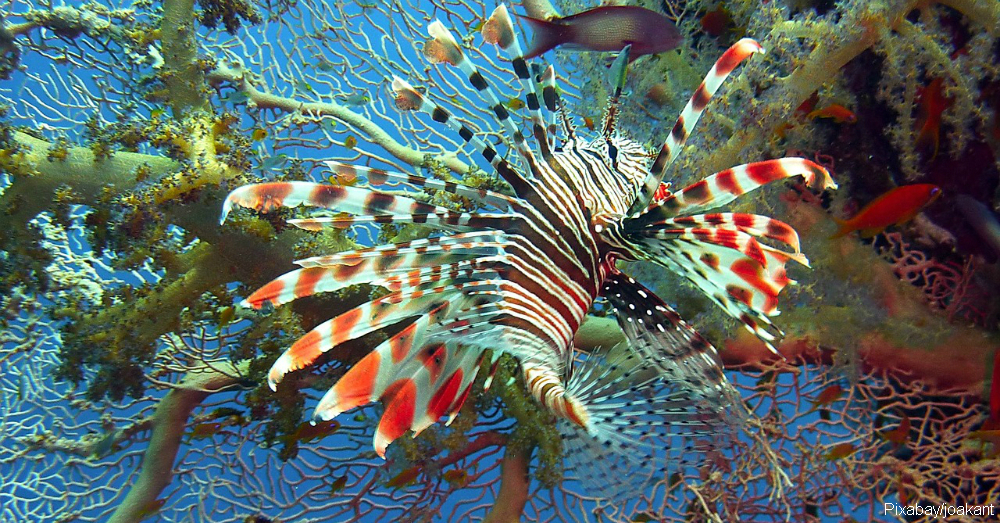 According to the study, lionfish are accessing Mediterranean waters off Cyprus via the Suez Canal, which has recently been deepened and widened. In the past, saltwater lakes prevented the fish from surviving travel between the Red Sea and the Mediterranean, but the removal of lakes has enabled the fish to successfully make the trip. Although observers have sighted scattered specimens of lionfish in the Mediterranean since the 1990s, experts considered the area an unsuitable habitat for them. However, new sightings of lionfish congregating in groups lead scientists to speculate that warmer temperatures are creating more favorable conditions for mating and reproduction. Once they get started it’s hard to stop them, as lionfish have the ability to spawn every four days and produce two million eggs annually. 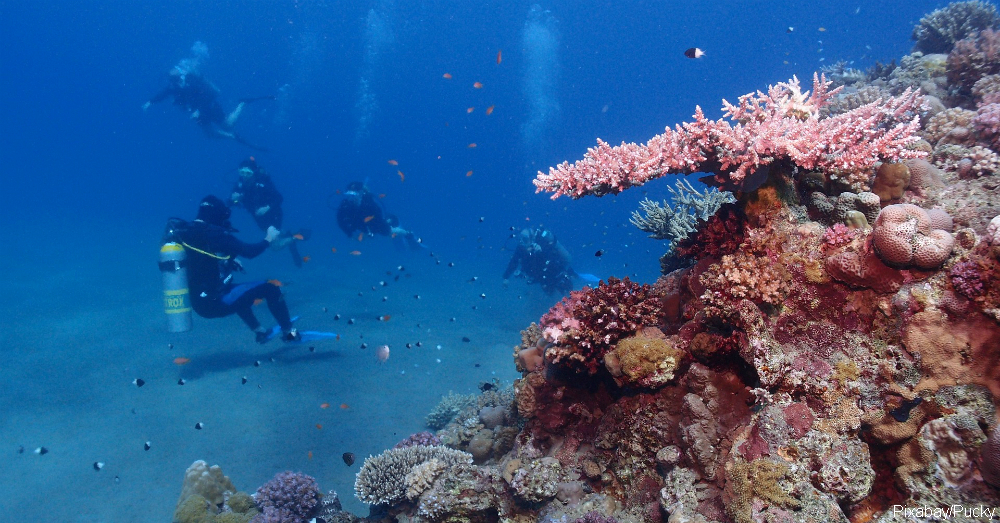 Because of their venomous spines, lionfish have few predators. When they enter a suitable environment, they feed on anything that moves, including crustaceans and species of algae-eating fish that are vital to the survival of coral reefs. In recent decades in Florida and the Caribbean, lionfish released into the wild by aquarium owners in the 1980s proliferated and were declared an established invasive species two decades later. The Wildlife Conservation Commission encourages anglers and divers to remove as many lionfish as possible by holding year-round and seasonal events. Experts point out that once the spines are removed, the fish are quite tasty. To prevent the Mediterranean from being overrun and to protect local coral reefs, researchers suggest that divers who spot lionfish take similar steps to collect them and get them out of the water.

Read this article about a novel way to create artificial reefs in areas where natural reefs have been decimated.