Two birdwatchers were in for a treat when they spotted a rare white woodpecker in their Alberta, Canada, backyard. This unusual creature is only the second of its kind to have been seen in Alberta. 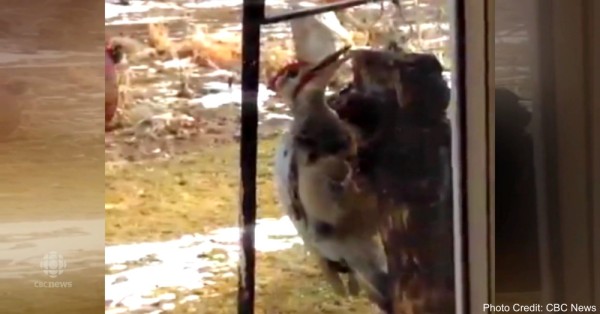 The couple who spotted the bird, Rita and Joe Milligan, caught it on camera. It appears to be a pileated woodpecker, which normally has dark feathers over much of its body and a distinctive red crest on its head. These woodpeckers are found throughout much of the United States and Canada. They typically feed on insects that live in dead trees, but have also been known to visit backyard birdfeeders — which is where the lucky Canadian couple caught a glimpse of the rare white specimen. 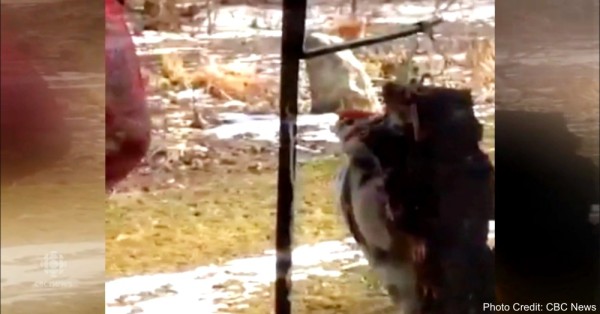 Although there are albino birds, this one’s unusual coloring is most likely caused by a genetic condition called leucism. Albino birds do not produce any melanin, so their skin and eyes are red or pink. Leucistic birds do produce some melanin, giving them black skin and eyes, but the melanin doesn’t make it to their plumage, so their feathers remain white. Leucism and albinism are also found in other species, including other birds, reptiles, and mammals. 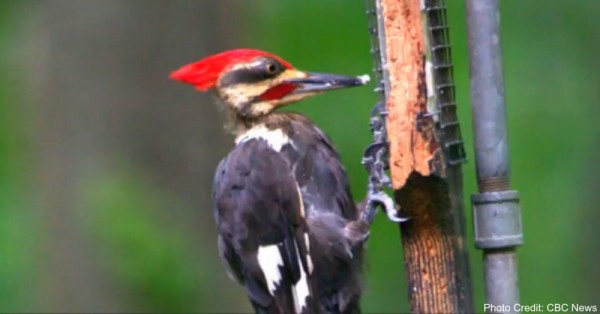 All-white birds are a striking sight, but naturalists warn that they may face challenges that their brightly colored peers do not. Other woodpeckers may not recognize them as the same species, which can lead to a lonely life. They are also more vulnerable to predators. While they may be able to hide during snowy winter months, their coloring gives them away during summer months. Leucism can also cause their feathers to become more brittle, as melanin adds strength as well as color to a bird’s feathers.

White pileated woodpeckers are a rare and beautiful sight, but their colorful kin are just as amazing. Watch what happens when this squirrel tries to steal an acorn from a woodpecker’s stash.