Thanks to millions of years of erosion, ground movement and natural forces, the earth has many seemingly impossible rock formations. Take a look at these gorgeous natural stone sculptures in the United States. 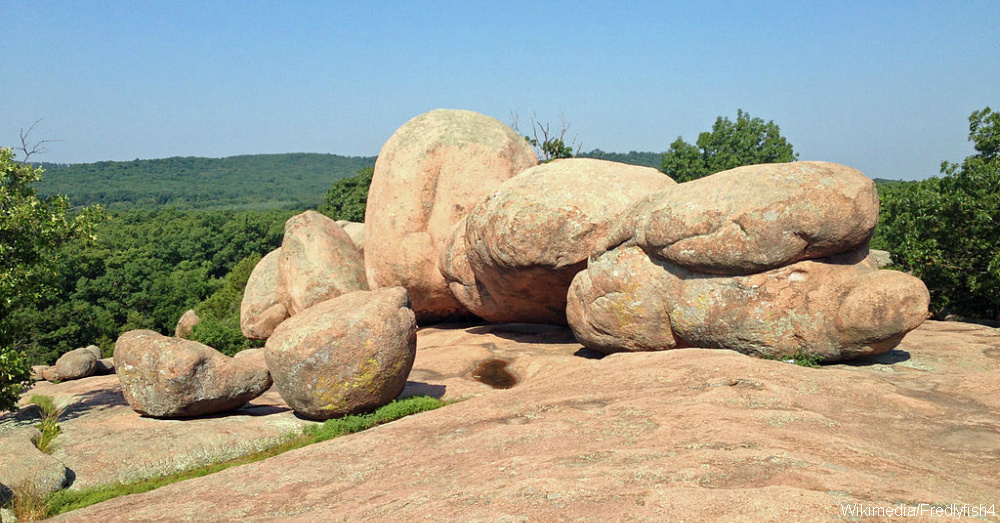 Elephant Rocks State Park in east-central Missouri harbors giant boulders that scientists estimate are 1.5 billion years old. These huge rocks look like a train of elephants strung together, which is how the park got its name. Visitors can climb to the tops of these boulders for some breathtaking views of the surrounding countryside. 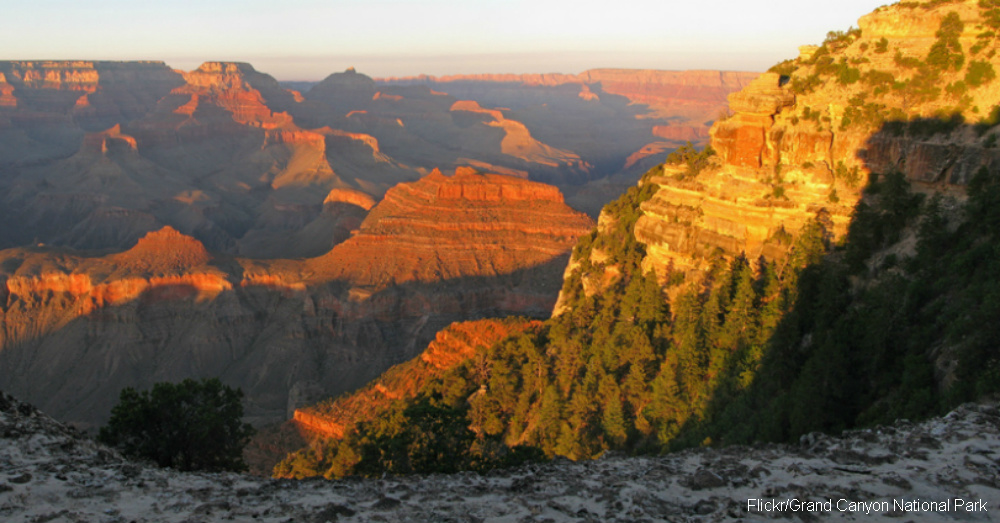 Grand Canyon National Park in Arizona shows the brilliant layers of colored stone created after millions of years of erosion. At some points, the canyon is 18 miles across and 1 mile deep. The central part of the rock formation follows 277 miles of the Colorado River. 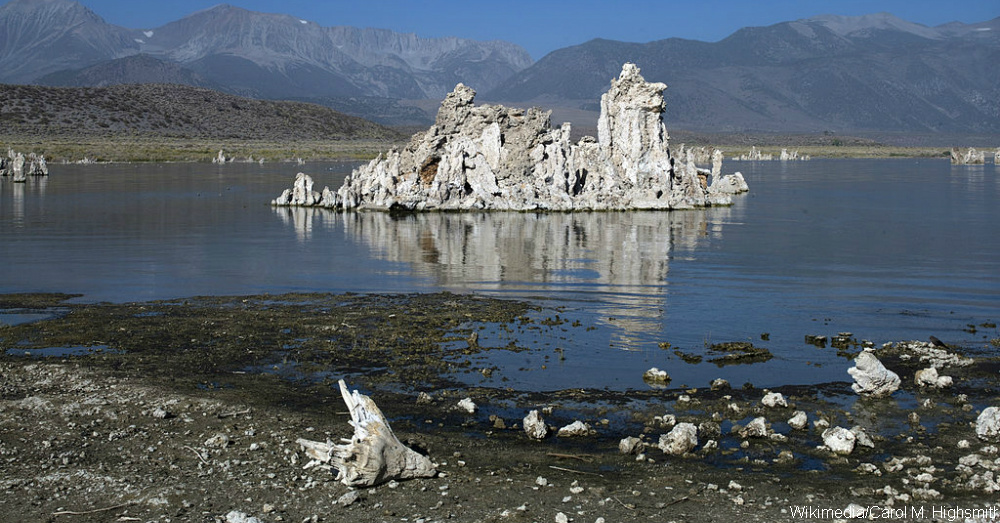 Mono Lake, California, just east of Yosemite National Park, is twice as salty as ocean water. It also contains tower-like limestone formations that rise out of the lake and create beautiful reflections. 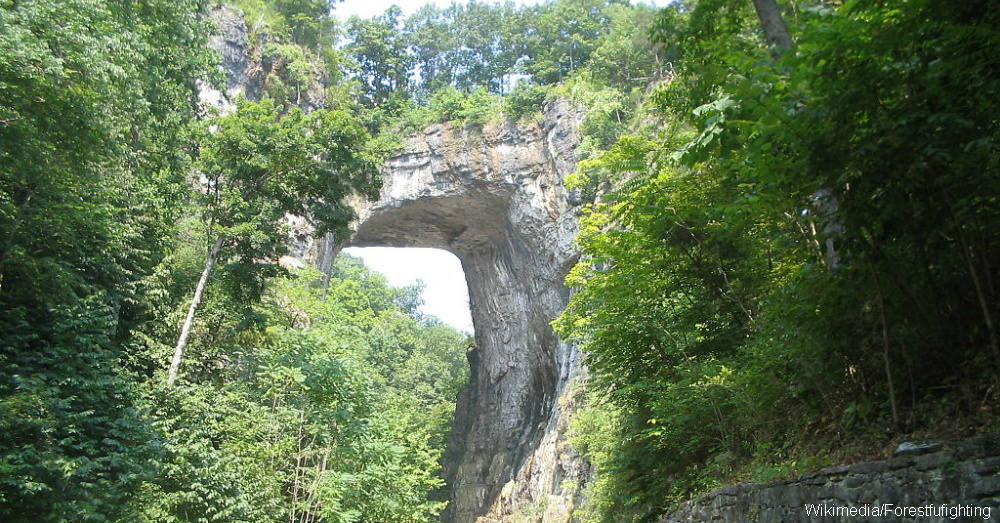 Natural Bridge, Virginia, has an actual highway, U.S. Route 11, on top of it that carries automobile traffic. Thomas Jefferson once owned this natural wonder, which sits just south of the city of Lexington. 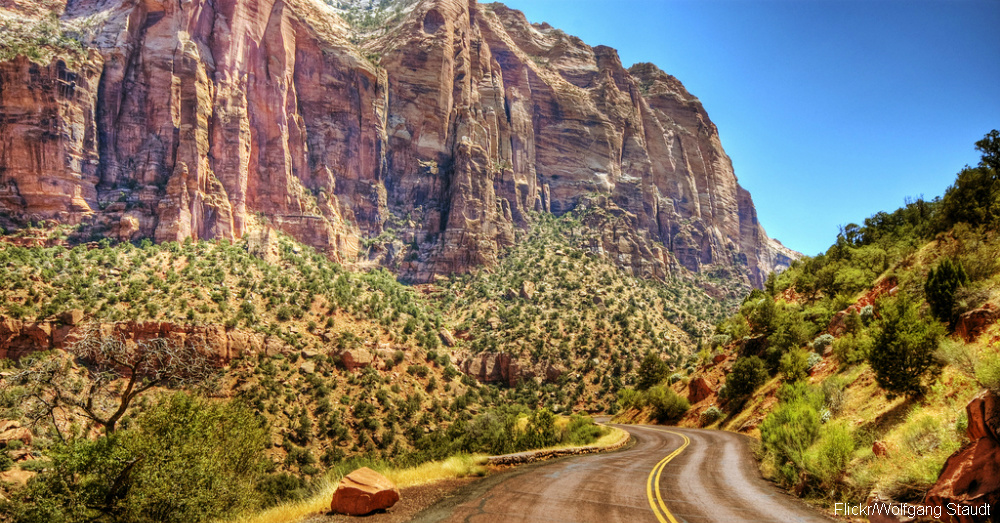 Zion National Park’s slot canyon looks like an underground subway tunnel without the train tracks. A river runs through the middle of it. 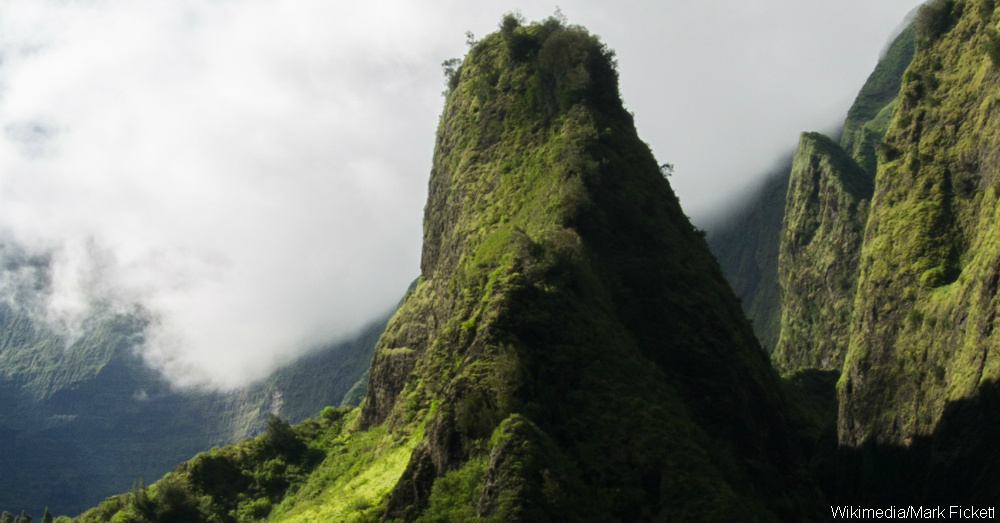 The Iao Needle is part of the Iao Valley on the island of Maui in Hawaii. This towering rock structure formed when lava rose out of one side of the valley. 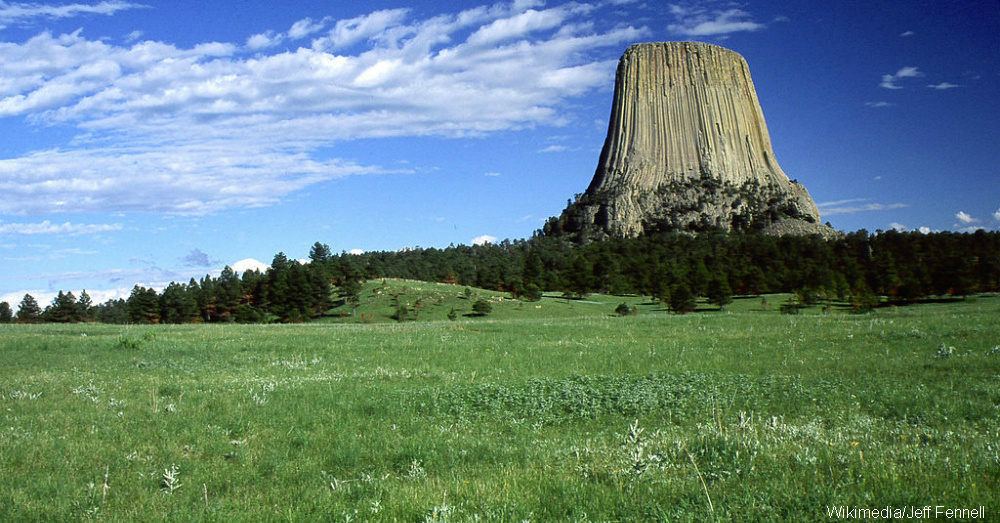 Devil’s Tower, Wyoming, started as cooled magma from 65 million years ago. This national monument rises more than 800 feet above its base. 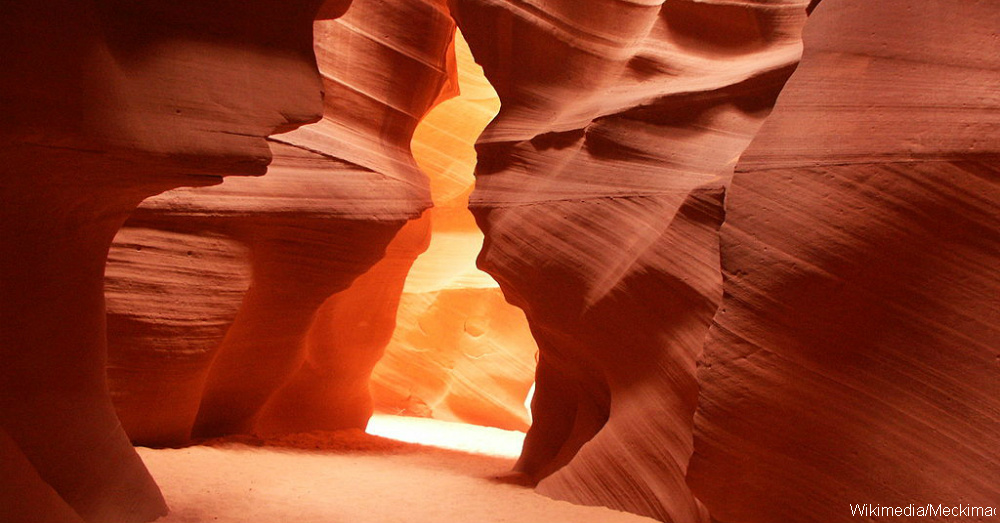 Antelope Canyon on Navajo land in Arizona is a beautiful slot canyon famous for its spectacular colors as the sun filters through sandstone formations. 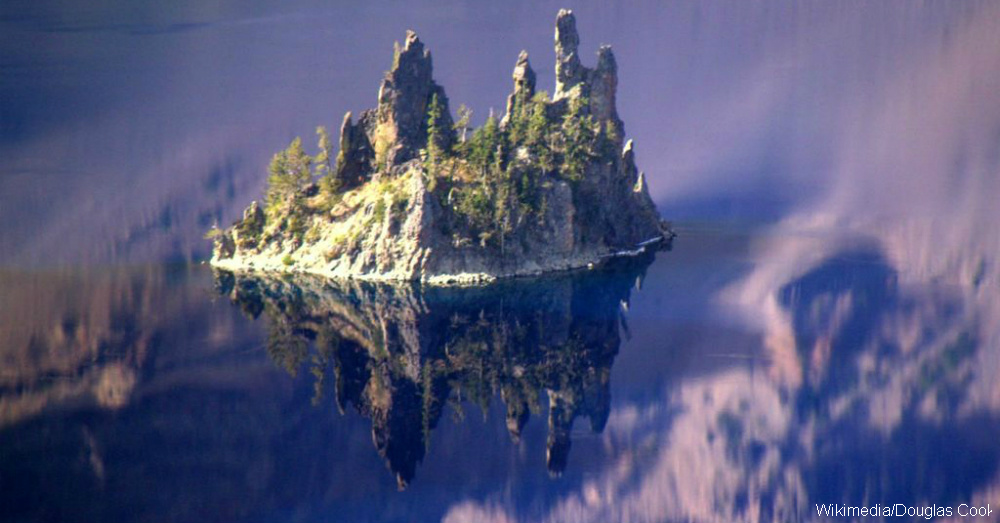 Phantom Ship is a landmark in the middle of Crater Lake, Oregon. A collection of rocks look like an abandoned ghost ship. Amazingly, several trees grow on it. 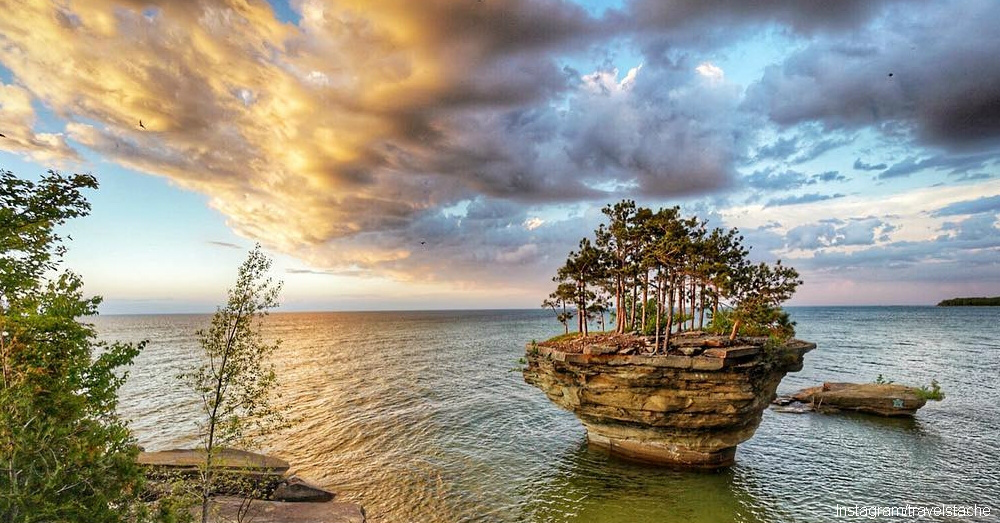 Turnip Rock sits on the edge of Lake Huron in Michigan. The bottom of the rock is narrow, whereas the top of the formation is spread out and flat. Trees and shrubs grow on top of the turnip. 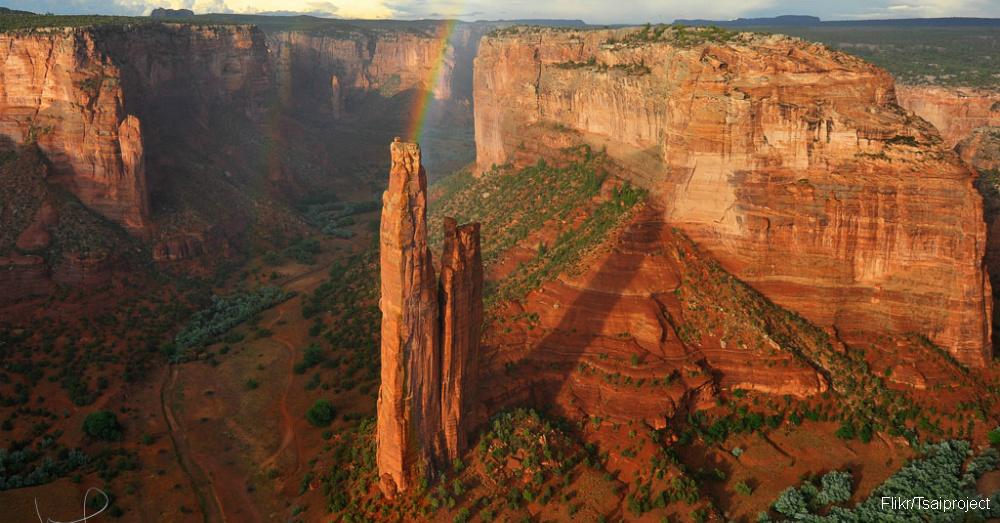 Spider Rock, Arizona, rises 750 feet above the floor of Canyon de Chelly. This narrow tower is called a spur.