Theo the calf was destined for a short life as a veal cow until an unlikely chain of events led him to a peaceful life on a farm sanctuary. Now, he spends his days hanging out with goats and his best pal Fable the racehorse. Born on a dairy farm, the male Theo, who obviously could not produce milk, was sold to a veal farm a few days into his life. 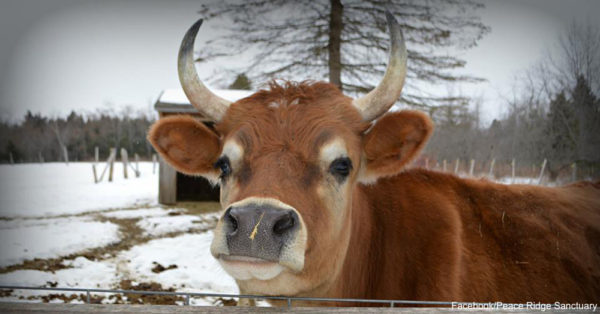 In a break both unlucky and lucky, the ranch that bought him kept its animals in deplorable conditions and also bred dogs illegally. When law enforcement raided the farm, they contacted Peace Ridge Farm Sanctuary for help.

Emaciated and, at only 75 pounds, severely underweight for a calf his age, Theo began a new life at the sanctuary. Slowly, he adjusted to his new surroundings and animal friends. 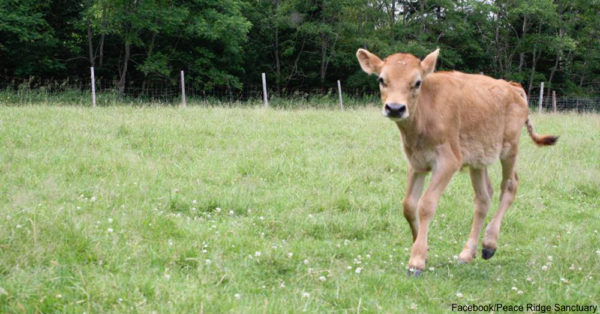 This included building leg strength and learning to walk and run after a youth spent locked in a cage. Before long, the resilient calf was running around the sanctuary’s pastures and bonding with other residents of the farm, human and animal alike. 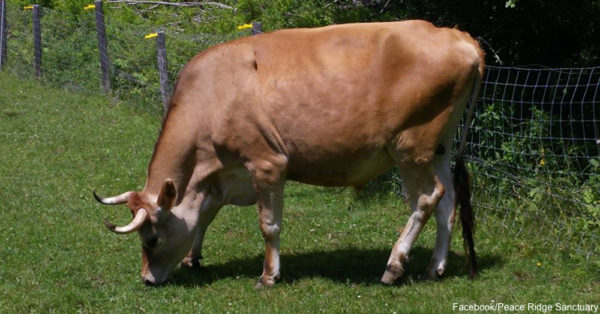 In three years at the sanctuary, Theo flourished into an adult and grew to nearly the size of a tractor. Despite this intimidating bulk, he is friendly, understands simple commands and even plays ball. He also has a mischievous side, which comes out when he gets a little bored. While it may be a bit unconventional with goats, dogs, horses, turkeys and other animals, Theo has a herd of friends with which to spend his days. Theo’s story is heartwarming, and he’s not the only rescue cow who gets to enjoy a full life and spend time with friends of different species. Check out this video of a rescue cow who thinks he’s a dog for another happy bovine tale.