Blowing Rocks Preserve in Martin County, Florida is a dangerous place for turtles during nesting season, as the large rock formation makes it easy for them to get stuck. That’s what happened to a 200-pound female loggerhead turtle that went in to the rock formation and then ended up flipping over when she tried to get out, leaving her unable to move and in desperate need of water. Fortunately for her, a group of people took it upon themselves to save the day.

According to ABC KSAT 12, volunteers spotted the turtle in the morning. While loggerhead turtles are excellent swimmers, walking on land can cause them to become disoriented, and they weigh 350 pounds on average, both of which make them susceptible to becoming trapped. The rock formation traps about five turtles every year, so volunteers look out for them. The first thing these volunteers did was put cold towels and water on the turtle so she wouldn’t overheat. 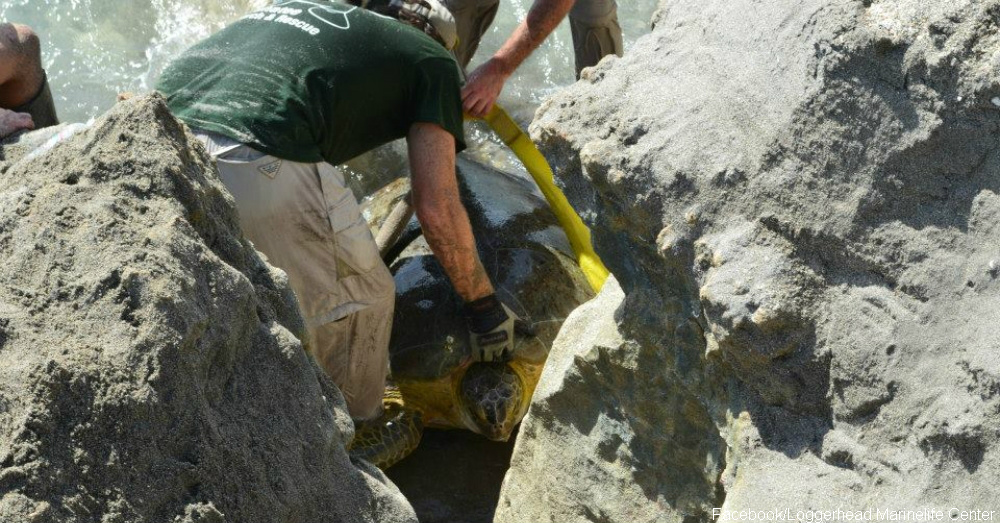 Since this was one heavy turtle, the volunteers then called the Florida Fish and Wildlife Conservation Commission for assistance. The FWC sent help, and while the volunteers waited, one of them made sure the rocks didn’t hurt or kill the turtle. The GoodNewsNetwork reports that when backup arrived, everyone was able to dig the turtle out of the sand, lift her and put her on her stomach again. 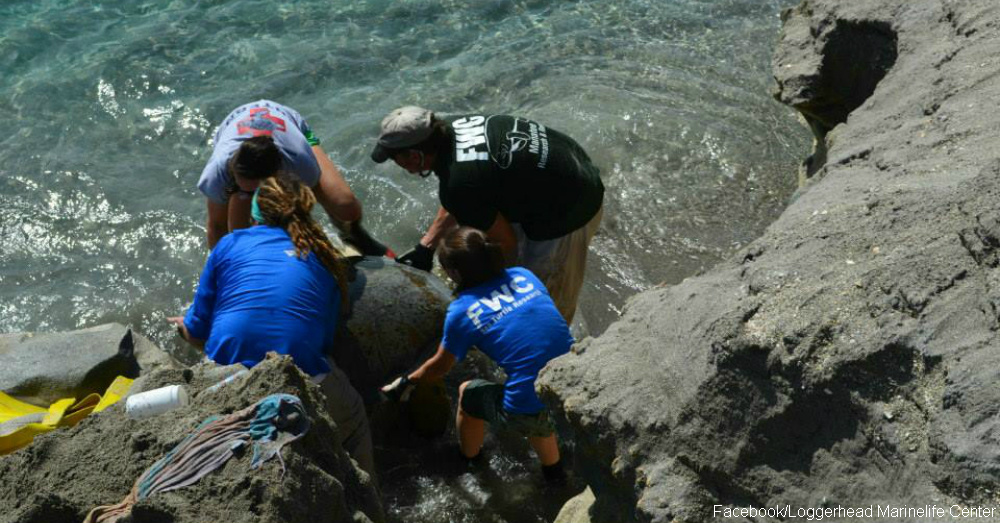 WFLA News Channel 8 says that shortly after she was out and on her stomach, the turtle went back into the water and swam away, showing no ill effects from her experience. The FWC posted about incident on its Facebook page to spread awareness, asking beachgoers to fill any holes in the sand so turtles don’t get trapped.

Quick thinking by those volunteers helped that turtle get back to the water safely. For another turtle rescue, read about how the U.S. Coast Guard in Florida transported baby turtles safely from nest to sea.