When Steve Niemela of the Oregon Department of Fish and Wildlife sent Larry and Amanda Andersen a letter requesting permission to survey a creek on the couple’s property, perhaps the official never expected it to break the internet. All the department wanted to do was see if any foothill yellow-legged frogs called the Andersens’ land home. The response to the request was epic, funny, and viral.

Officials with the state claim the numbers of foothill yellow-legged frogs are in decline. These little creatures no longer appear in half of their historic range, which includes portions of Baja California in Mexico up to Marion County, Oregon. 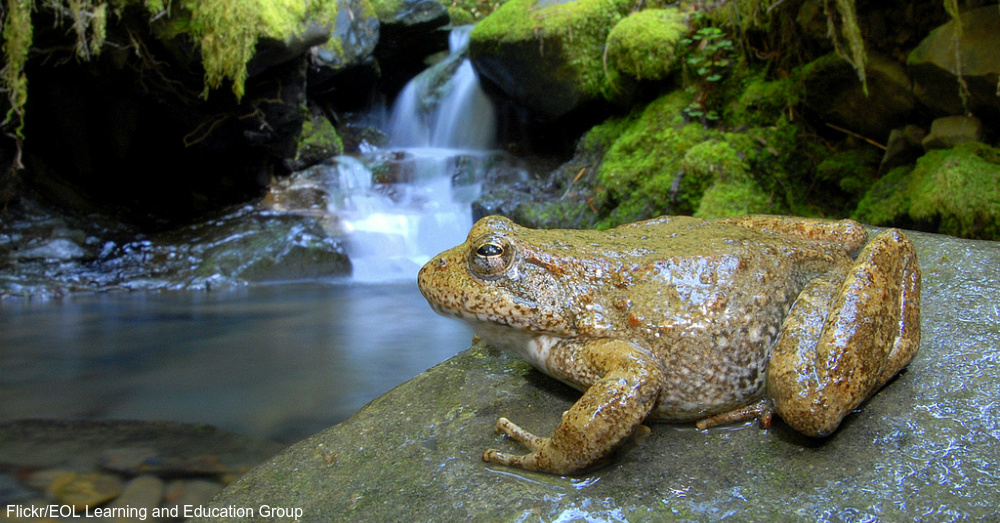 The state request included a postpaid card as a way of giving officials permission to access the Andersens’ creek. The couple typed an awesome letter in reply.

The couple wrote an absolutely hilarious letter that makes fun of the ever-present government red tape.

Among the facetious demands made by the property owners was a fee of $8 per survey unit, over a total of 75 units divided equally among 2.26 acres, a required frog survey license of $120 per person, a frog habitat parking permit of $10 per vehicle, and a creek habitat stamp available for $18 per person (if the ODFW wins the lottery-type draw to come onto the property).

All of this happens after completing a required course, entitled “Frog Surveys and You,” for a nominal fee of $750. The Andersens wrote the response as a tongue-in-cheek way to try to get state officials to realize the runaround that some citizens get from various government agencies. 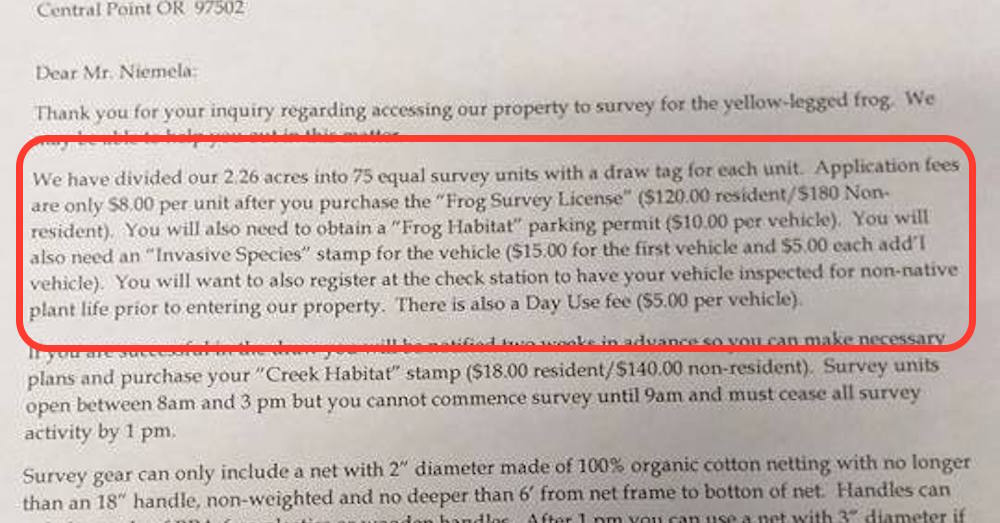 Larry Andersen actually knew Niemala before he received the letter, so Niemala’s co-workers at the ODFW thought the response was hilarious, although they didn’t realize the letter would go viral.

Andersen called Niemala “a really good guy,” but he explained he may have to call him to explain why the letter went viral.

The foothill yellow-legged frog survey is funded through federal money, and the frog is just one of many natural wonders found in Oregon. Watch this video for a glimpse of some of the state’s beautiful waterways.