Some people wait their entire lives for the perfect moment to capture on film or video; and other times, you can get super lucky after only a couple years.

An award-winning wildlife filmmaker whose work has provided insight into the lives of wolverines has captured possibly the first-ever footage of the mysterious and formidable animals’ babies in the wild.

After five winters of working in extreme conditions in Northwestern Alberta, Andrew Manske was finally able to capture clear, groundbreaking footage of a mother wolverine moving her tiny kits to a new den.

Seeing this incredibly elusive creature caring for its baby in the wild is something that has almost never been recorded on film, and being able to see it today it an amazing treat. 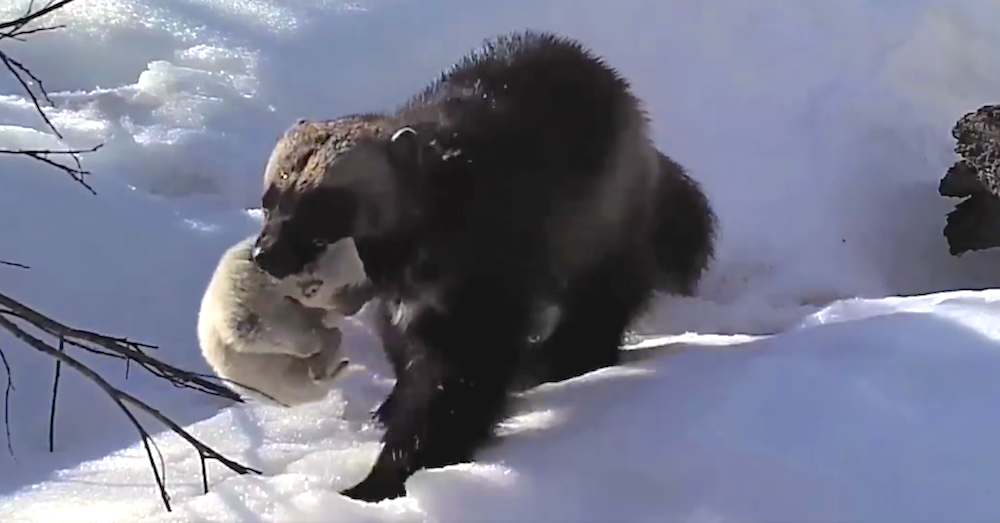 Wolverines are primarily scavengers, and during the winter months where food is extremely scarce, they depend almost entirely on decomposing animal flesh that has been left out in the wild. They are also extremely voracious eaters, even to the point of being called gluttons.

However, during times when prey is available, wolverines can be exceptionally proficient hunters.

These versatile creatures mostly hunt smaller sized rodents like porcupines, squirrels, and rabbits, but on occasion they have been known to take down prey as large as an adult deer.

During times of reproduction, male wolverines will end up forming lifetime bonds with two or three different females and will frequently visit their companions during the summer months of mating season.

The kits are usually born in the late winter or spring, and develop extremely quickly, growing to full size within the first year.

To see these incredible animals in action, check out the footage below!