In December 2015, three orphaned tiger cubs were found in Primorye, Russia, of which only one survived – a young tigress that rescuers named Filippa. She was found in a man’s garden desperately searching for food, where she was attacked by domestic dogs and badly injured in the process.

Thanks to the heroic work of nearby specialists and the Phoenix Fund’s project to help protect tigers in the area, the exhausted and injured tigress was rescued and moved to the Centre for Rehabilitation and Reintroduction of Tigers and Other Rare Animals (PRNCO Tiger Centre) in Alekseevka village.

After a lot of necessary medical care, Filippa was kept in a very spacious outdoor enclosure that allowed her to start her life over again as a recovering tiger. During her time at PRNCO, she managed to learn how to hunt rabbits on her own inside the habitat, giving her the ability to finally start remembering how to be a wild tiger.

More than one full year after her initial rescue, this beautiful predator was finally ready to be released back into the wild once more. And her newly developed hunting skills will significantly help her adapt to live in the wild once again. 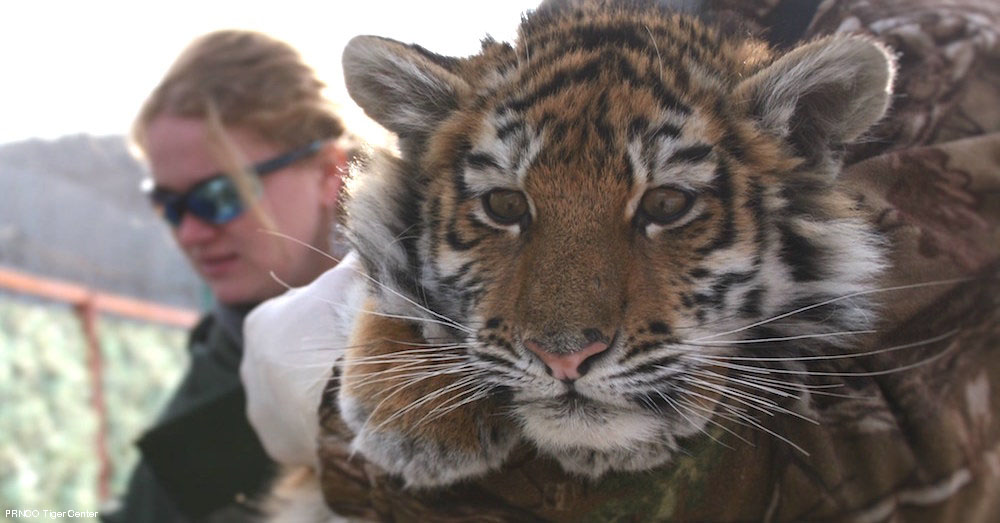 On April 29, 2017, Filippa was finally returned into the wild at the Dichun Wildlife Refuge in Jewish Autonomous Province, where a total of seven tigers have been released after rehabilitation. These animals, alongside Filippa, will help to rebuild the species population in the Russian far east.

Since amur tigers are usually released into the wild during springtime when the snow has melted and the majority of hooved animals can move around more freely, it is likely that Filippa and her friends will be able to hunt on their own. If all goes according to plan, these tigers will continue to hunt on normal prey and won’t be forced to resort to finding food in populated areas.

To make sure Filippa is adapting well in her new habitat, her movements will be tracked via GPS collar, which will also help rescuers make sure she isn’t getting into any trouble.

Project Peril and partner Phoenix Fund are completely committed to making the lives of tigers better, on top of saving ones that are in danger. To learn more about tigers like Filippa, the project, and how you can help, check out the link below!

Help Save Tigers That Are In Danger The tiger, know for its stunning stripes, is a symbol of natural strength, poise, and wonder all around the world. There were originally eight subspecies of this magnificent animal, but within the last 80 years, they have been reduced to only six.

This rapid decline in tiger population is caused by poaching, habitat fragmentation, and habitat loss. Tigers are poached for their skins and body parts which are used in traditional Chinese medicines and the larger Asian market.