Plastic straws, food containers, silverware, and much more will soon be a thing of the past in Germany. The German Cabinet announced a ban on all single-use plastics which will go into effect on July 3, 2021.

Plastic pollution is a global problem that cannot be ignored. Every year, 100,000 marine mammals and turtles and 1 million sea birds are killed by plastic pollution that has made its way into the ocean. The animals either mistake one of the billion pieces of trash for food or become entangled in it.

At the current rate of pollution, by 2050 there will be more plastic in the oceans than fish. Germany, a country that is already praised for their recycling methods, hopes to end the “throw-away culture” with the new ban.

Germany’s Environment Minister Svenja Schulze said, “Many disposable plastic products are superfluous and no sustainable use of resources. In addition, plastics end too often in the environment or in the oceans.

“With today’s cabinet decision, we are taking an important national step in the fight against the plastic flood.”

There is no planet B so we need to make changes now, like using a reusable water bottles instead of purchasing plastic ones.

The world is addicted to plastic and over 50% of all plastic pollution is made up of single-use plastics. In the U.S. eight states — California, Connecticut, Delaware, Hawaii, Maine, New York, Oregon and Vermont — have banned single-use plastic bags, but we need to do more.

Sign the petition below to demand a ban on single-use plastic bottles nationwide.

Say ‘No’ to Single-Use and ‘Yes’ to a Healthy Planet 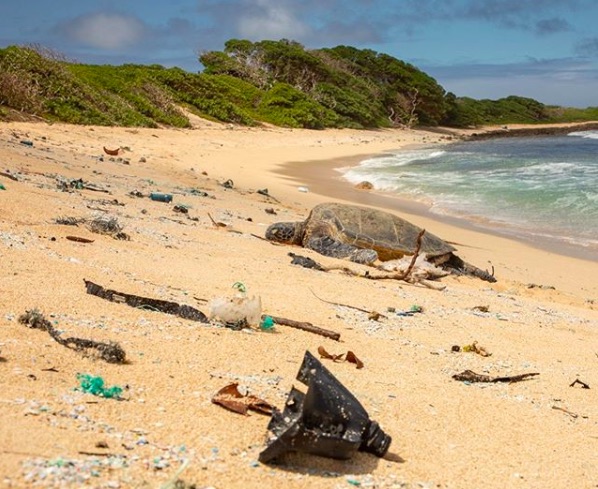 Did you know more than 60 million plastic bottles are thrown away each day in the United States alone, and a million are bought around the world every minute?
Much of this comes from our throw-away culture, which people are beginning to realize is unnecessary. Changing from ‘wasteful’ to ‘wasteless’ will help put a stop to the madness of the plastic problem.
Sign the petition and become part of the solution!
Make a difference