When animals are captured and raised by humans who do not have their best interests at heart, their lives will likely be short, stressful, and bleak. It’s heartbreaking.

It’s unfathomable that some people think it’s okay to treat animals so horribly. Unfortunately, a baby orangutan named Budi was raised by some of these truly awful people.

Fortunately, he didn’t spend his whole life with them.

Budi lives in Indonesia, and spent far too much of his early life locked in a chicken cage. The only thing he was given to eat was condensed milk. He was listless and lethargic because of the lack of sustenance, and he wasn’t able to grow properly.

Because his living space was so cramped and he couldn’t move around much, he nearly died. 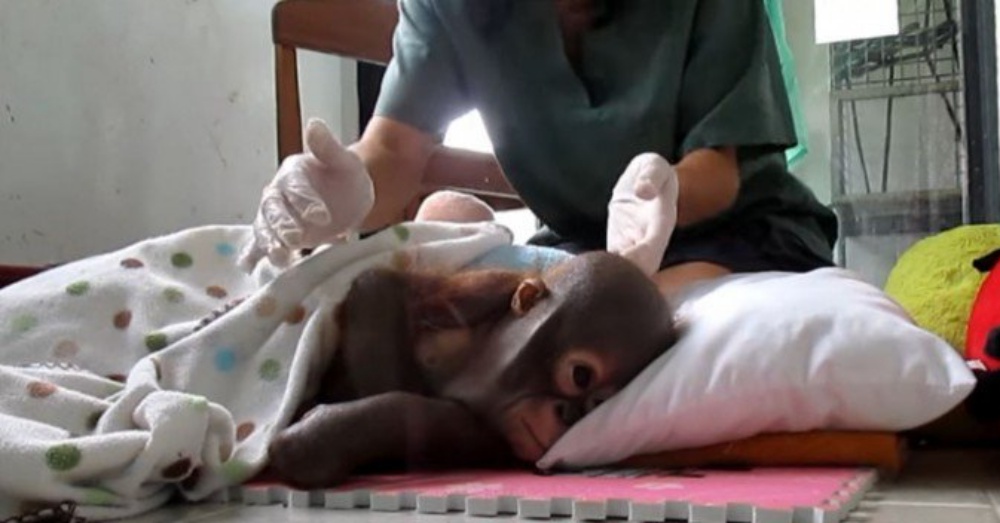 But Budi’s story doesn’t end there. International Animal Rescue heard about his situation and leapt into action. They rescued Budi from his nightmare of a “home” and brought him to their treatment center.

They worried that they were too late to save him, though. There was no precedent for his kind of situation. Orangutans are not meant to live in chicken cages. 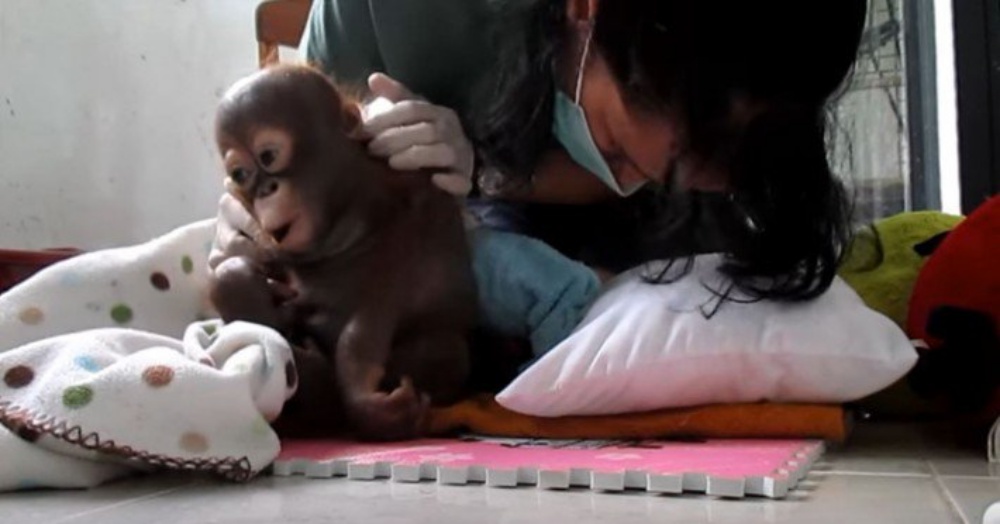 Budi was deformed from his time being crushed in the cage. His limbs were bent, and his body was swollen. The poor baby couldn’t even sit up properly.

It’s appalling how this innocent little one was treated for the first part of his life.

Budi wasn’t about to give up though — especially since love and humane care were finally within reach! 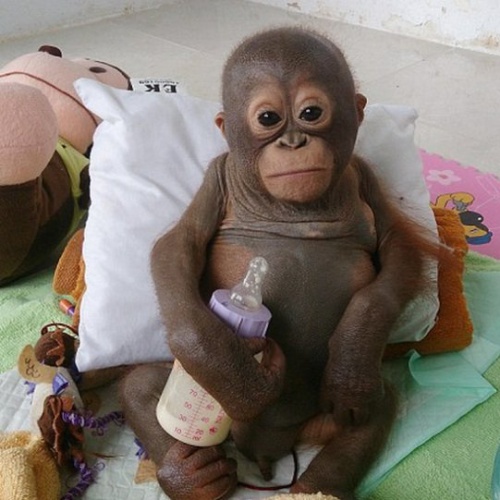 Now that Budi has had time to heal thanks to his rescuers, he’s living something much closer to a normal life for an orangutan. There’s no painful cage to keep him trapped, and best of all, he is happily hanging out with some fellow orangutans.

No animal deserves to be treated like Budi was, or forced to live in such deplorable conditions. Thankfully he never has to return to that awful way of life. He is a special little fella, and we are so happy that his life has veered away from the despicable conditions he lived in before.

Watch the video below to learn more about Budi and his recovery.