The Pacific ocean is filled with incredible ocean life that help maintain a very delicate balance that preserves the circle of life that has been going on since the Earth’s formation. But now, our precious ocean has been tainted by massive amounts of man-made material.

Thanks to the many currents of the ocean, there is a place called the South Pacific gyre, which basically is a vortex of multiple currents coming together. This particular area of the Pacific has been collecting floating plastic for years, to the point where there are actual islands of trash.

There is also a remote island in the area between New Zealand and Chile, called Henderson Island, which has now become the most densely polluted area on earth in regards to trash.

“The quantity of plastic there is truly alarming,” Jennifer Lavers, a research scientist at Australia’s University of Tasmania, said. “It’s both beautiful and terrifying.” 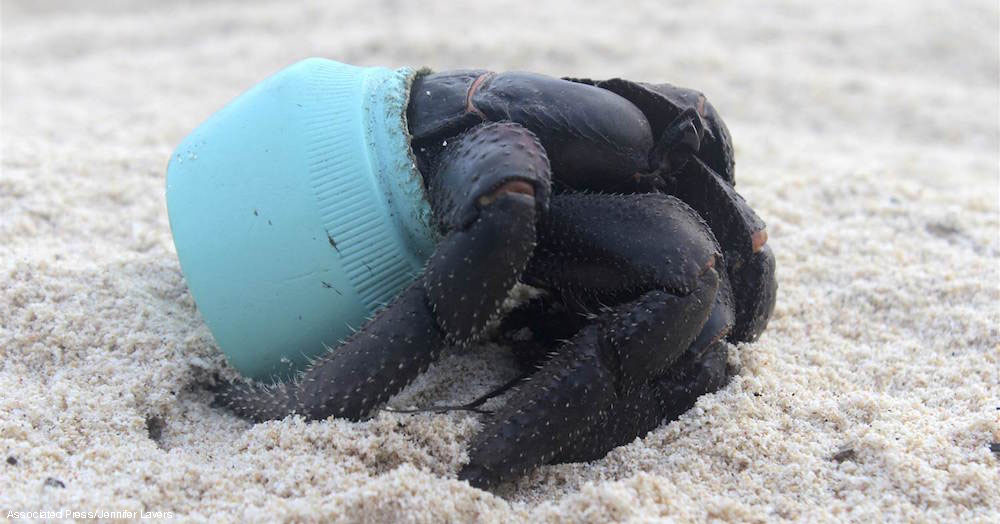 The trash that has collected on Henderson Island is so extensive that it even transcends time itself. There are army men that look like they came from the 1980’s, monopoly hotels, cigarette lighters, and most commonly, toothbrushes.

Not only is the plastic ruining the island, but it is also hurting all the of nearby ocean wildlife, as well.

Lavers said her team found a sea turtle that had been killed after becoming trapped in an abandoned fishing net, as well as a hermit crab that was using garbage for a home instead of the typical sea shells.

“We need to drastically rethink our relationship with plastic,” Lavers said. “It’s something that’s designed to last forever, but is often only used for a few fleeting moments and then tossed away.”

With so much of this plastic showing up in our oceans, something needs to be done in order to help solve the ever-increasing problem of plastic and its impact on our world.

Hopefully with more ideas like this, there can start to be some changes made for the future.

To see how Henderson Island looks for yourself, check out the video below.