Remember those colored tablets that could be dropped into a filled bathtub to make the water turn a fun color for kids (or adults that wish they were still children)? Turning water green, red, or blue was just fun! But for the people of Senegal, they get to experience that joy almost every single day because of Lake Retba. It’s completely pink!

This particular lake has all kinds of things going on that make it unique, but the most obvious is its color. Unlike childhood however, Lake Retba does not get its fantastic pink hue from dye tablets; it’s because of a distinctive algae called dunaliella salina. This particular algae produces a red pigment that helps the organism to absorb sunlight to create energy, which gives the lake its distinctive color.

Separated from the Atlantic ocean by only a small expanse of sandy ground and dunes, the lake absorbs an extraordinary amount of seawater, and when the water evaporates the salt remains. Because of this, Lake Retba can actually exceed the Dead Sea in salt content during the dry season between the months of November and June. Much like the Dead Sea, tourists who visit the lake can float almost at the very top of the water, making the site a popular destination. 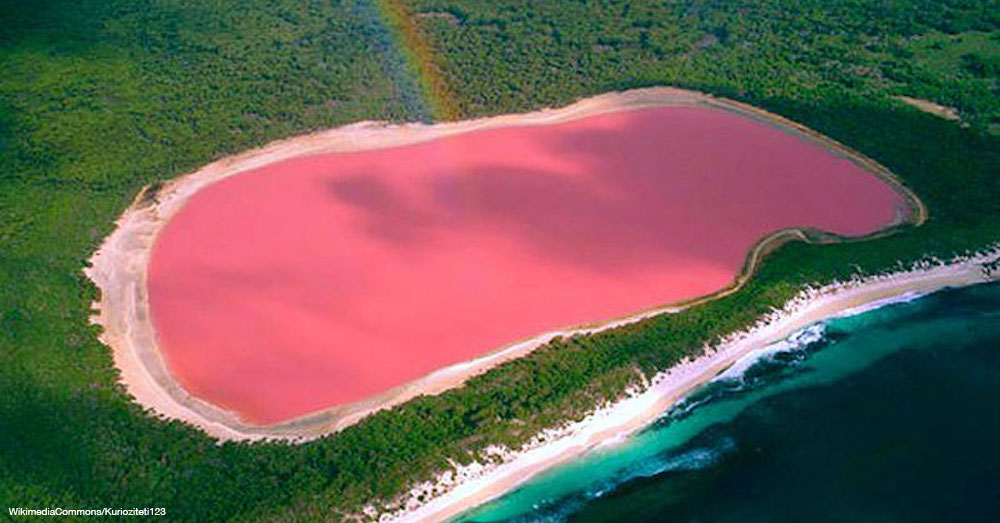 For locals, the lake provides a huge opportunity for salt collection. At nearly all times of the year, people can be seen harvesting salt from the bottom of the lake and then piling it on the shores.

The lake itself is quite small, only measuring around a single square mile, but because of its unique color and significance to the area it is continually the most nominated location in the entire country of Senegal to become a UNESCO World Heritage Site.

There is also a lot to do in the immediate area for people who decide to visit. The lake has become a significant tourist attraction, giving the area plenty of modernized comforts and attractions.

To learn more about this wonderful lake, see below!