Paleontologists have just discovered the largest dinosaur footprint ever found in the world while digging at a 25-kilometer stretch of the Dampier Peninsula coastline in northwestern Australia. The area has been dubbed ‘Australia’s Jurassic Park’ because of the massive amount of dinosaur footprints that have been found.

The newest footprint has been measured at a whopping 5 feet, 9 inches long, surpassing the previous record-holding print by two full feet (3 feet, 9 inches). It likely belongs to a kind of sauropod type dinosaur, a large species of long-necked plant-eaters like the brontosaurus.

“The giant footprints are no doubt spectacular,” said Steve Salisbury, the lead author of the study and a professor at the University of Queensland. “There’s nothing that comes close.” 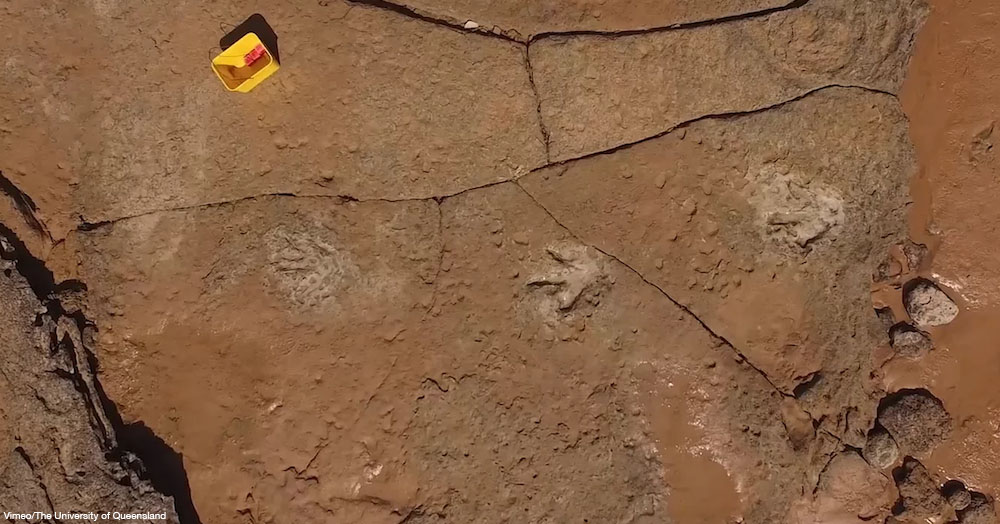 Along with the massive print, there were 21 different types of dinosaur tracks that were also found in the area, a completely unprecedented find for paleontologists worldwide.

“It is extremely significant, forming the primary record of non-avian dinosaurs in the western half [of] the continent and providing the only glimpse of Australia’s dinosaur fauna during the first half of the Early Cretaceous Period,” Salisbury stated.

Salisbury and his team dedicated over 400 hours of work to uncover and identify this incredible discovery. 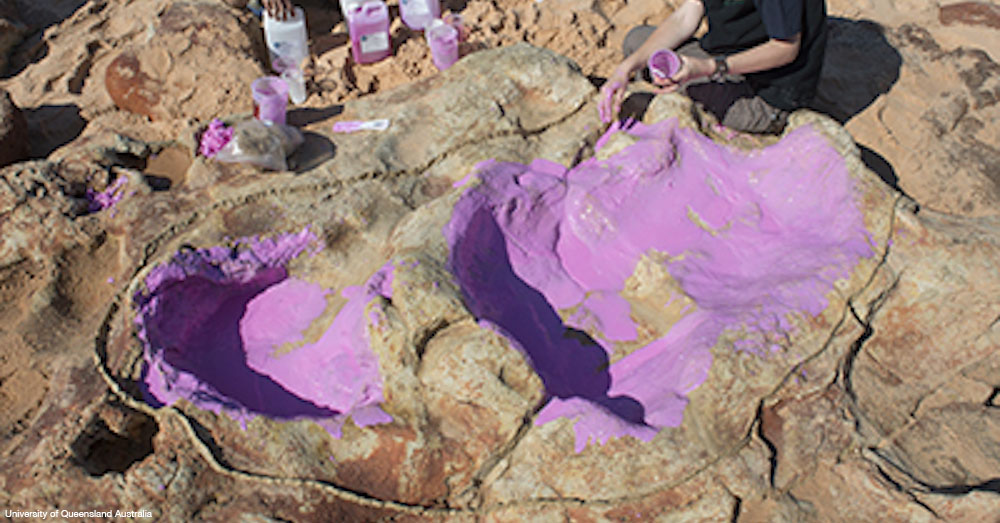 There was also evidence of the only stegosaurs to be discovered in all of Australia.

To learn more about the discovery and see the site, check out the video below!