In recent months, a massive crack in the Larsen C ice shelf in Antarctica has grown at an exponential rate and has already extended more than 100 miles long.

It is only a matter of time before it breaks off completely. 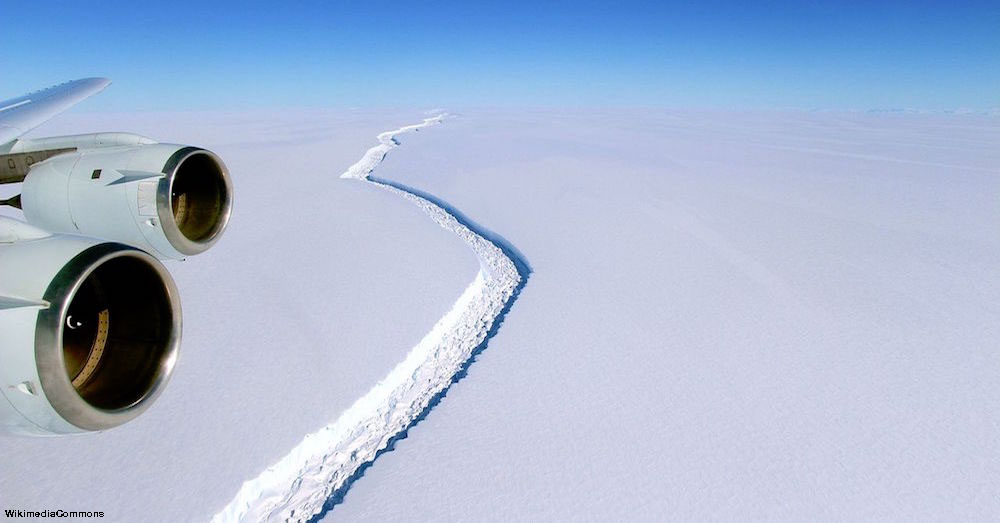 When this piece of ice breaks off, it will become an iceberg that is roughly the size of the entire state of Delaware, close to 2,500 square miles in area. Estimates also believe that it extends 700 feet under the surface of the western Weddell Sea.

Right now, there are only three miles of ice that remain to connect the chunk to the rest of the ice shelf, which means it will likely break off anytime in the near future.

When this piece of ice breaks off, it will become the largest iceberg on record since the 1990’s. 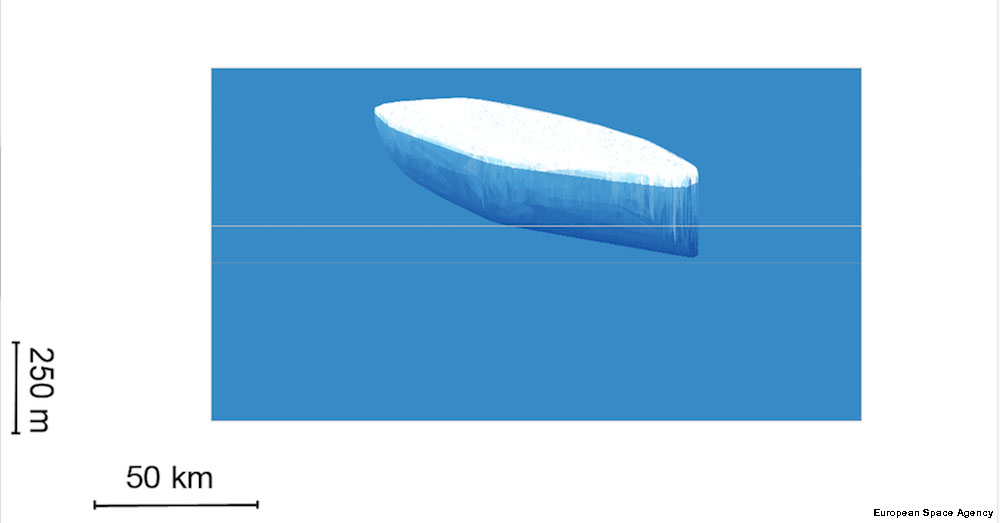 “This is a single piece which is remarkable I guess because it’s of somewhat biblical proportions,” said the European Space Agency’s (ESA) Mark Drinkwater.

Even though this impending break will likely not affect ocean water levels on its own, the new collapse could have seriously damaging potential to the rest of the Larsen C ice shelf.

Over the past couple decades, ice shelves have been caving away closer and closer to the South Pole.

In 1995, The Larsen A ice shelf, closest to the northern tip of the Antarctic peninsula, collapsed; and then in 2002, the same thing happened with Larsen B ice shelf, which was even closer to the South Pole. 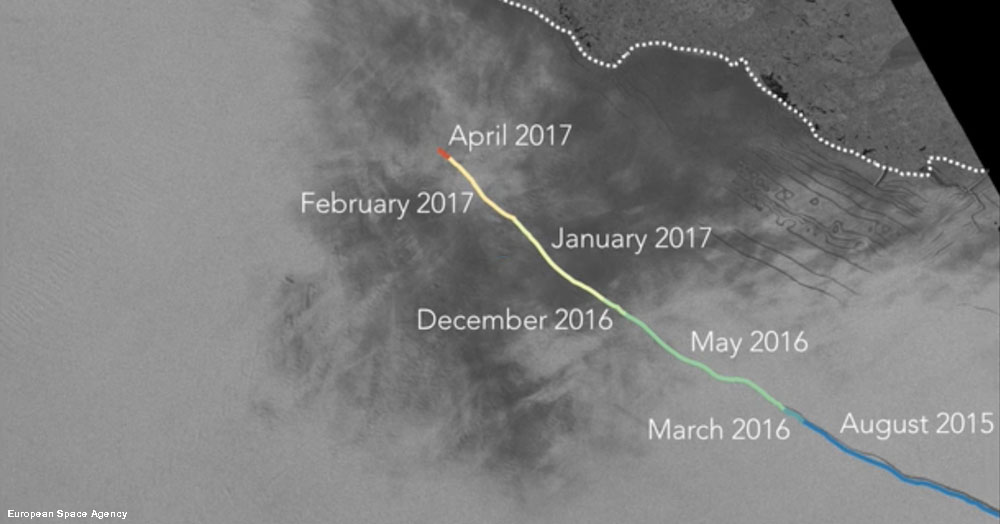 Larsen C is even closer still to the center of Antarctica, making it the southernmost of the three to break off.

In regards to where this new iceberg will travel when it breaks off, it is still up in the air. But Drinkwater doesn’t believe that it will break up once it hits open water because it has stayed completely intact through the entire breaking-off process so far.

But when it does begin drifting around on its own, it could become quite dangerous.

“Whole or in pieces, ocean currents could drag it north, even as far as the Falkland Islands. If so, it could pose a hazard for ships in Drake Passage,” said Anna Hogg from the University of Leeds.

As a part of the fastest warming region of Antarctica, the Larsen C ice shelf breakage is just one of many as the area continues to increase in temperature.

If the warming continues further, sea levels will, without a doubt, rise to levels that could be potentially dangerous for coastal regions across the world.

Unless something active is done within the near future, the process could increase at a rate that is irreversible.

The U.S. government has taken the first step toward pulling out of the Paris Agreement on climate change. This decision is alarming and short-sighted.

Science shows us that climate change is the most urgent threat facing our planet today. And the steps we must take to steer humanity away from irreparable harm cut across borders.

International cooperation is not optional—it’s essential..