A beach-goer in Palm Beach, Florida witnessed a huge sea star “walking” its way back home after getting washed up from the tide.

While making its way back to the water, the giant nine-legged creature slowly slithered and slid its way over the sand. Say that five times fast!

The video’s uploader, Joy, said it was amazing to watch the bizarre-looking and spider-like creature embarking on its journey.

Sea stars are invertebrates, just like sea urchins and sand dollars. They can be found everywhere from coral reefs to tidal pools — and some can live in sands as deep as 20,000 feet! 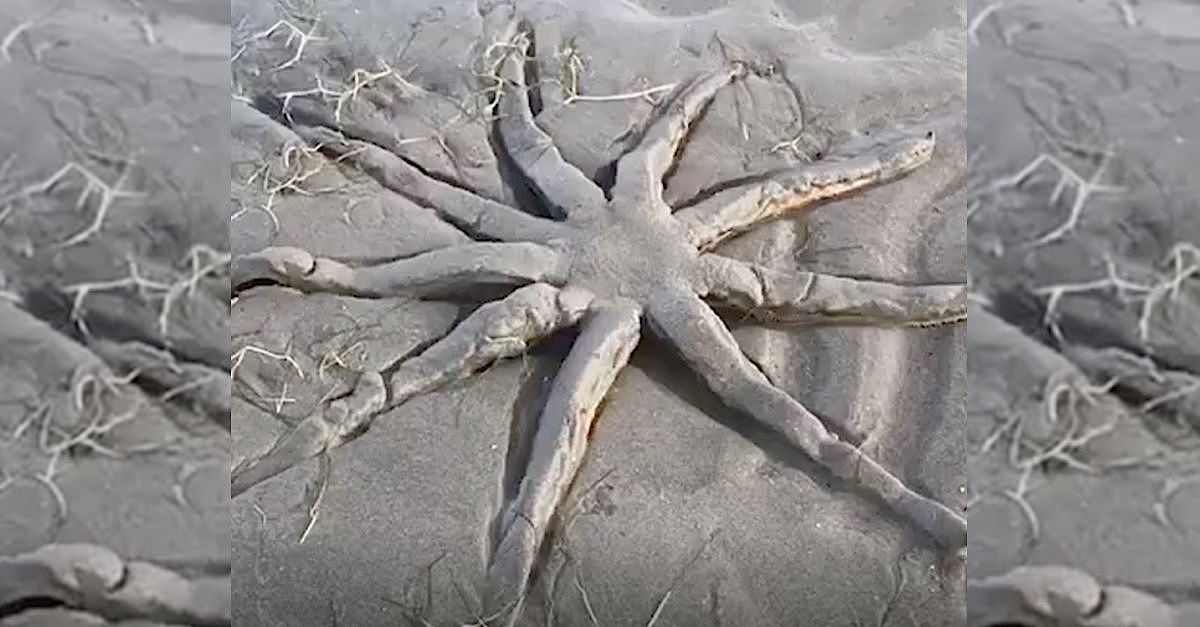 According to National Geographic:

“Most sea stars sport spiny skin and five arms, although some can grow as many as 50 arms. The arms are covered with pincerlike organs and suckers that allow the animal to slowly creep along the ocean floor. Light-sensitive eyespots on the tips of the arms help the sea star find food. The sea star eats by attaching to prey and extending its stomach out through its mouth. Enzymes from the sea star’s stomach digest the prey. The digested material enters the sea star’s stomach.”

Watch this fascinating moment in the clip below.

This story originally appeared at LittleThings.