After 5 million years of total isolation from the world, what do you think you’d find inside a totally sealed off cave? Dinosaurs? Prehistoric bugs? Evidence of alien life? No one knew until Dr. Christian Lascu finally opened up Movile cave in Romania. Before that point, the cave had gone completely untouched for somewhere around 5 million years…except by the few creatures who adapted to be able to survive there.

Being closed off from the world for so long caused fresh air to become completely nonexistent in the cave, rendering the air inside toxic and oppressively humid. However, these conditions not only allowed for incredible life to be formed, but to thrive. Some creatures are just so adaptable and so different from humans that they can survive in areas where we’d never dream of living!

Scientists have so far identified 48 total species living inside of the prehistoric time capsule, including spiders, scorpions, centipedes, and many others. Incredibly, a whopping 33 of the creatures that were found are actually only found in this specific cave and nowhere else on earth. They’ve existed for longer than modern humans have been on this planet, and yet they’ve never been discovered because they lived in seclusion inside a sealed cave.

Types of creatures living in the cave

Living in complete darkness, almost every creature living in Movile cave has no vision whatsoever and lacks any kind of color pigments. Without the ability to see, the organisms developed extremely long antennae, limbs, and other bodily features to easily feel their way around the inside of the cave.

No creature really needs eyesight when it lives in perpetual darkness, does it? But having other ways to find your way around in the dark is an absolute necessity!

Most of these critters look like nothing we’ve ever seen before. Evolution sure does look different in an area where no sunlight ever reaches the ecosystem! 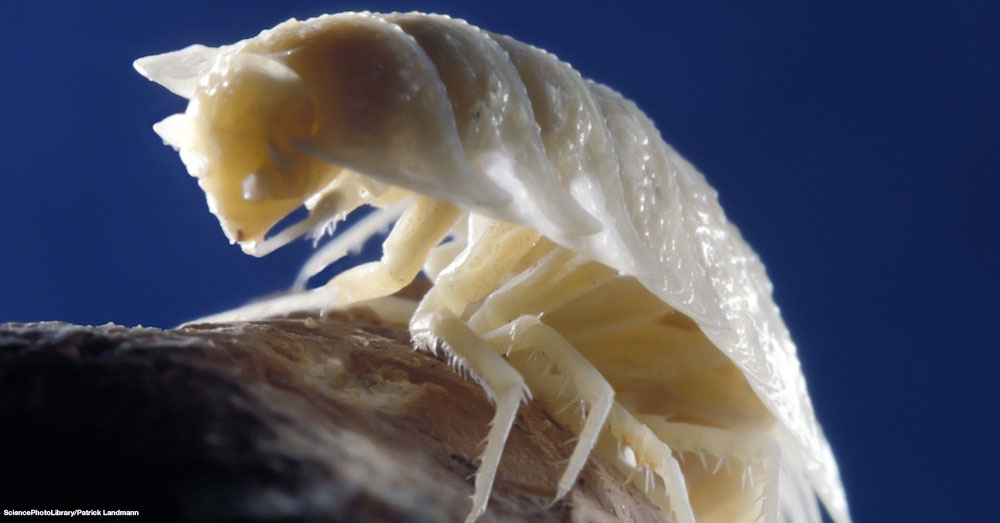 The location also is home to a unique ecosystem that utilizes the toxic gases in the cave. We may not be able to breathe these gases in order to successfully live in such an ecosystem, but certain types of organisms actually thrive on them. In order for the many types of bacteria to eat, they have to use a process called chemosynthesis.

Similar to the photosynthesis process that plants use on the surface, this method uses toxic gas instead of sunlight and converts it into food for the bacteria. Chemosynthesis allows organisms to create energy via chemical reactions to help generate food. And of course, once these lower-level organisms have generated their own food from the air, they become food for larger organisms.

Worms, shrimp, and other small creatures use the bacteria for food, while the scorpions, spiders, and other invertebrates feed on the smaller animals. This creates a perfect circle of life that allows everything inside the cave to continue living and be totally self-sufficient. 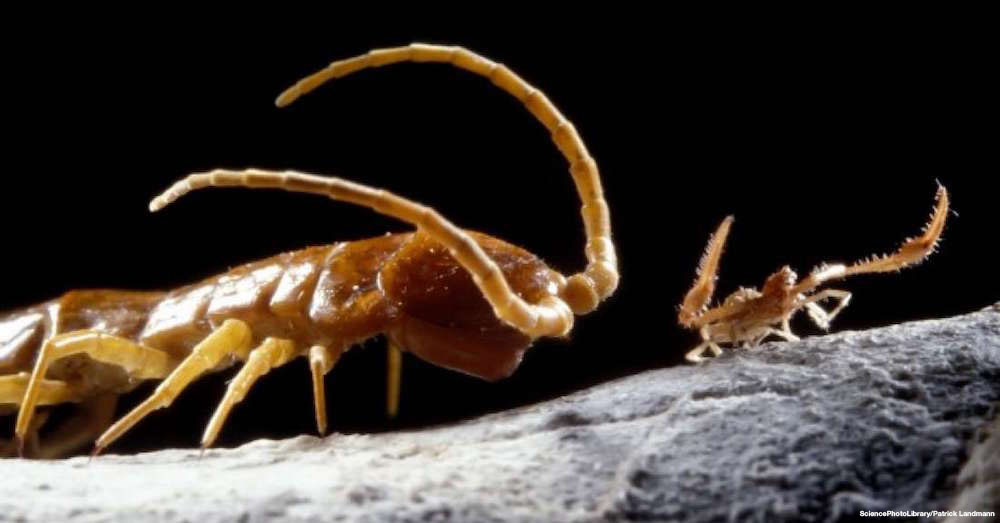 On dry land, Movile cave is the only ecosystem of its kind. But down in the depths of the ocean, there are similar areas where organisms survive near hydrothermal vents that produce much of the same kind of life.

After 30 years of being open to scientists, Movile cave has the potential to provide a lot of new information about the evolutionary process, but there is still a lot to be researched from this area of the world.

How these creatures got sealed inside the cave

Experts still do not know how the animals even came to be a part of the cave, despite some likely explanations. Many researchers believe that the bacteria have existed in the cave for much longer than 5 million years but that other animals may have crawled or fallen into a hole in the cave shortly before it was sealed up by the forces of Mother Nature. Once locked inside, they had to learn to survive on what was available, and, over time, they evolved to thrive on their limited resources.

“It’s very likely that the bacteria have been there a lot longer than five million years, but that the insects became trapped there around that time,” J. Colin Murrell, a microbiologist from the University of East Anglia, said. “They could have simply fallen in and become trapped when the limestone cast dropped, sealing the cave until it was discovered again in 1986.”

There is still plenty to be explored and discovered in Movile cave, and science will likely be researching this incredible location for many years to come.

Would you want to visit this extraordinary cave and see the unique life forms that live there? How do you think they came to be there? We’d love to hear your answers in the comments.