One of the ways we here at The Earth Site have decided to celebrate our planet is by taking a moment to look at it from afar. In the incredible images that follow, NASA allows us to zoom in on some of the amazing things that happen within our own galaxy, as well as our closest galactic neighbors. Enjoy, and let us know in the comments which one is your favorite! 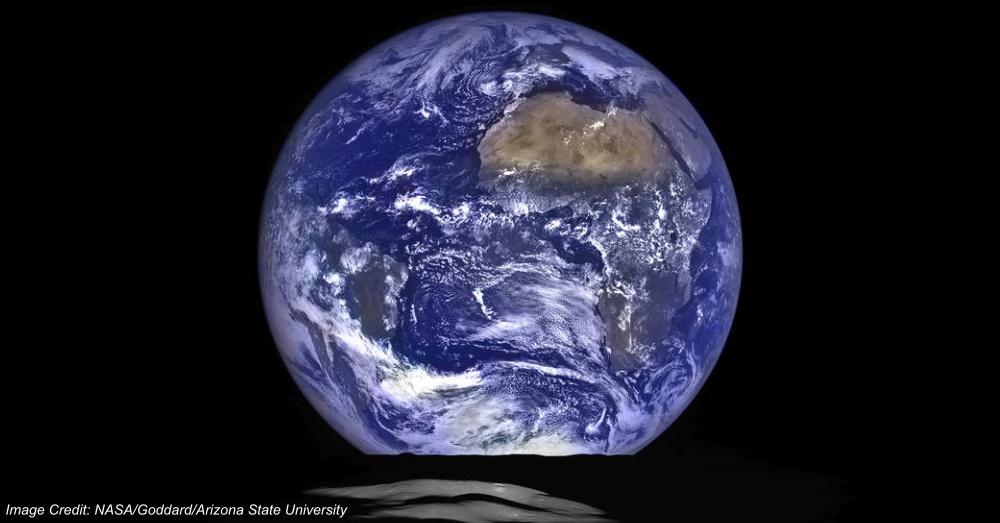 This composite image of Earth as it appears to rise above the lunar horizon was taken from NASA's Lunar Reconnaissance Orbiter, 83 miles above the moon. While there isn't actually an earthrise or earthset from the moon, lunar astronauts do see Earth rotate, providing a view continents and oceans that are constantly in motion. 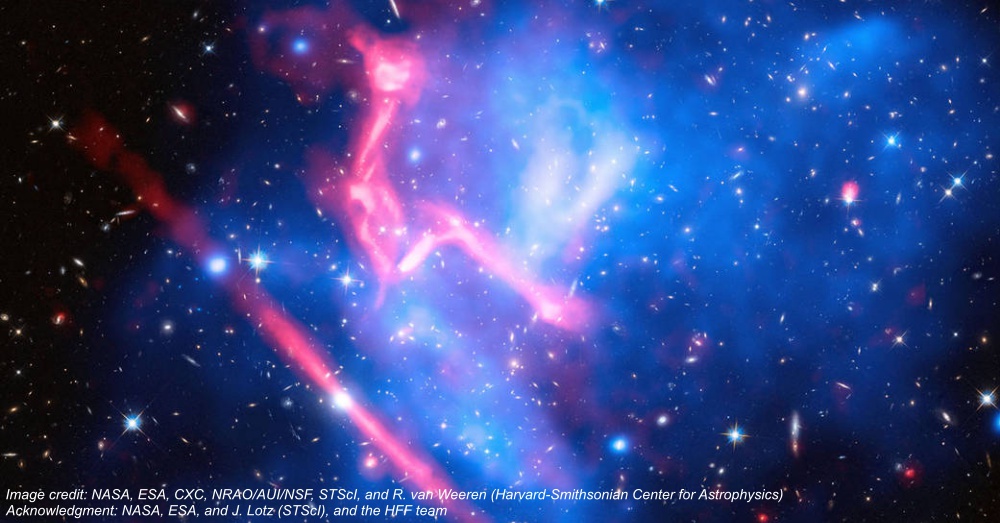 MACS J0717 is the collision site of four separate galaxy clusters, located about 5.4 billion miles away from Earth, in the constellation Auriga. This is the first time a phenomenon like this has been chronicled, and the image above is a composite of observations from three different telescopes: Hubble, Chandra, and Janksy VLA. 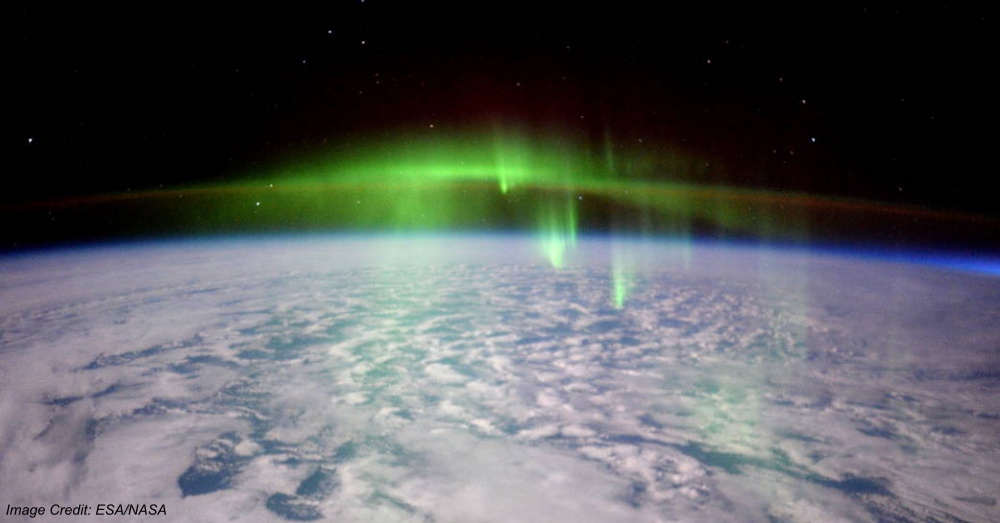 We've all seen images of auroras before. Some of us are lucky enough to have even seen one in person. However, few people understand how cool it is to pass through one. Expedition 46 flight engineer Tim Peake is one of those individuals. Luckily, he was able to capture the image above from the International Space Station, and share it with the rest of us who will have to settle for viewing this incredible phenomenon from a little closer to home. 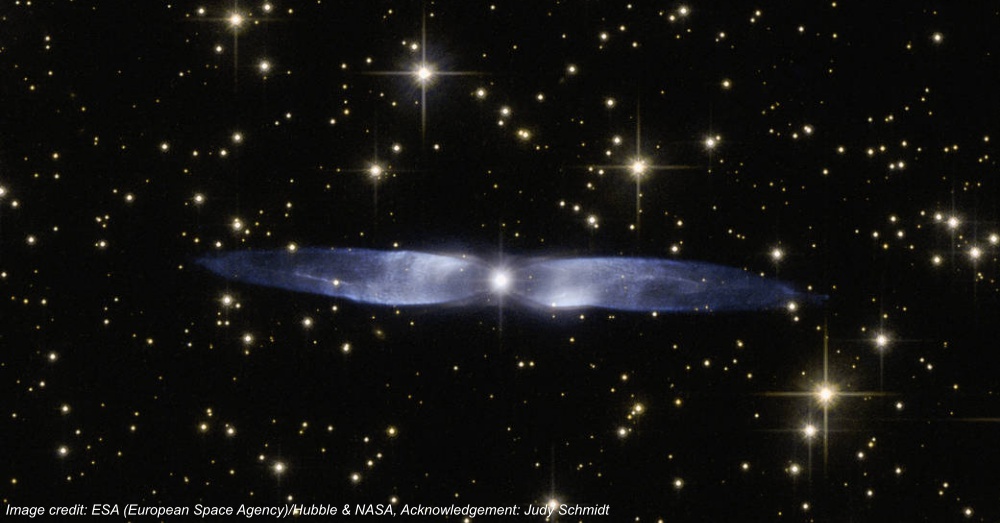 The breathtaking Hen 2-437 is a planetary nebula that can be found within the constellation Vulpecula. In the image above, which was captured by Hubble, the material being emitted from the nebula has created what looks like blue wings, emerging from its epicenter. 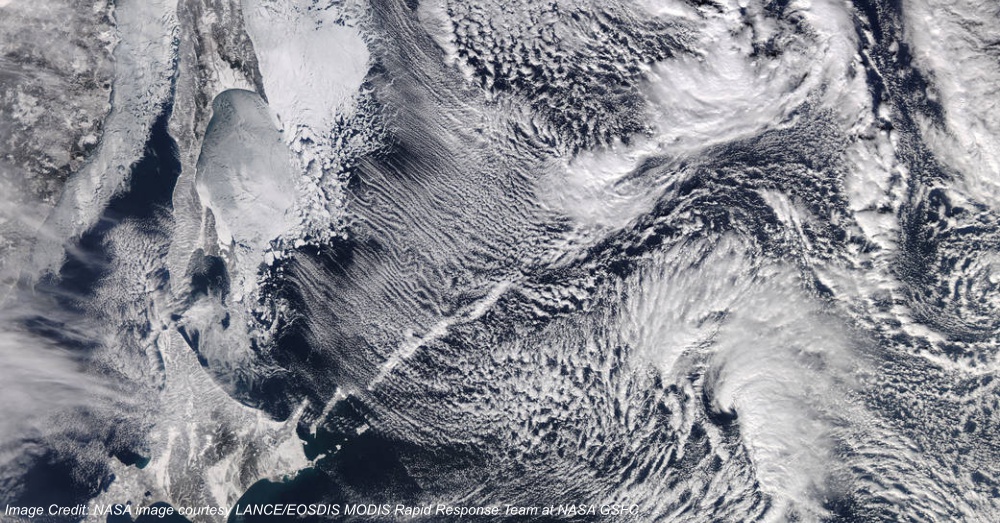 This stunning image of the Sea of Okhotsk, full of ice and covered by cloud streets, was taken from NASA's Aqua satellite. 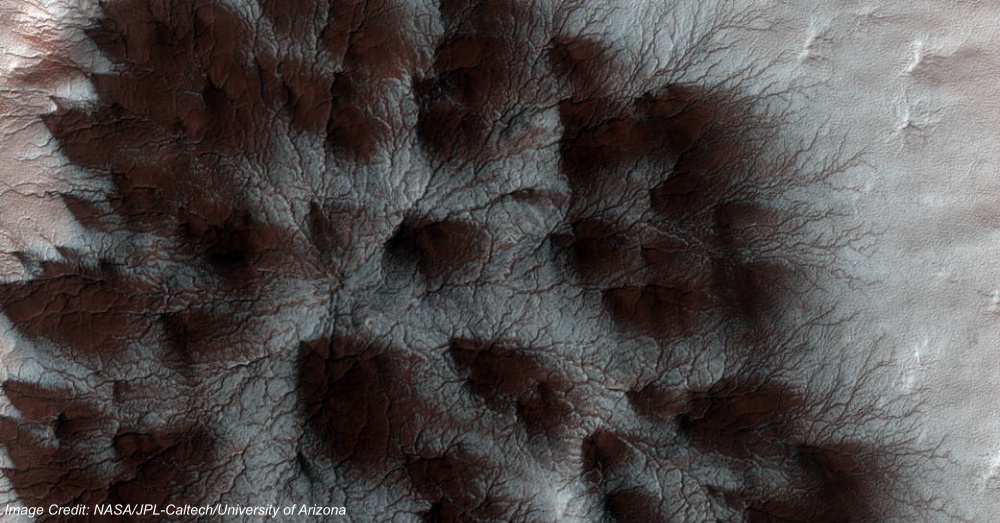 Each spring, Mars sheds its cap of carbon dioxide ice. As it transitions from ice to vapor, the planet's surface erodes into a starburst pattern, often referred to as “spiders.” This image was captured from NASA's Mars Reconnaissance Orbiter. 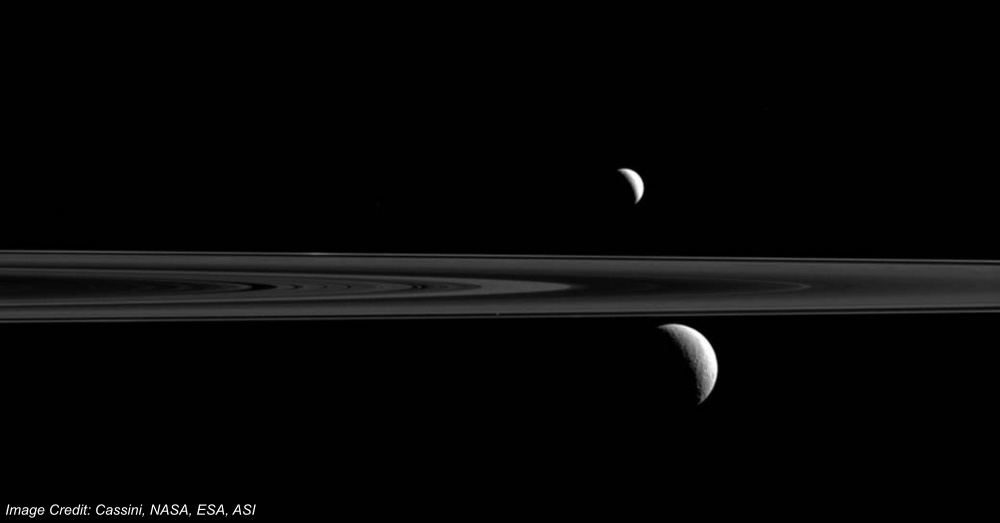 This stunning image was captured by Cassini, and depicts not two, but three of Saturn's satellites. With Enceladus and Rhea prominently featured above and below, respectively, it's easy to overlook Atlas — which can be seen within the planet's rings, above and to the left of Rhea. 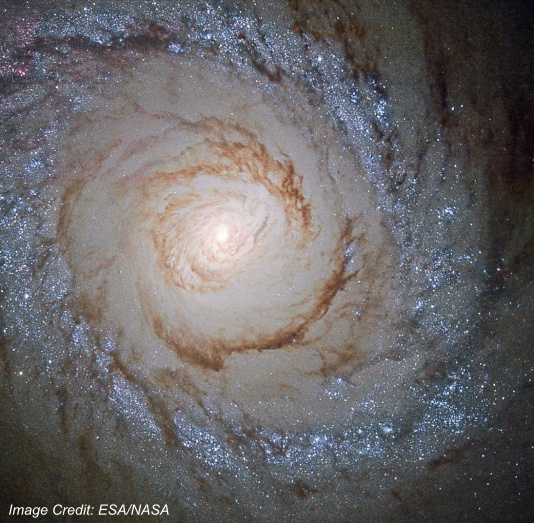 This Hubble image depicts Messier 94, a galaxy in the constellation Hunting Dogs. Sixteen million light years away, the surrounding ring is full of young stars, and the atmosphere in the center allows for the continuous (and rapid) creation of new stars. 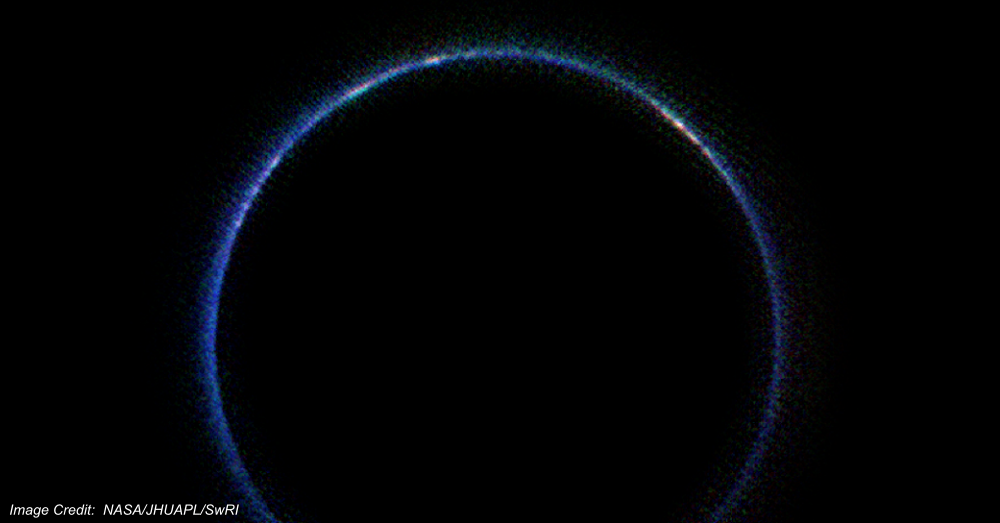 This image may not seem that impressive at first glance, but it’s the first to depict Pluto's atmosphere in infrared wavelengths. Taken from NASA's New Horizons spacecraft in July of 2015, the image shows a blue light surrounding the dwarf planet, caused by sunlight — which is coming from above and behind, spread out from Pluto's atmospheric haze. 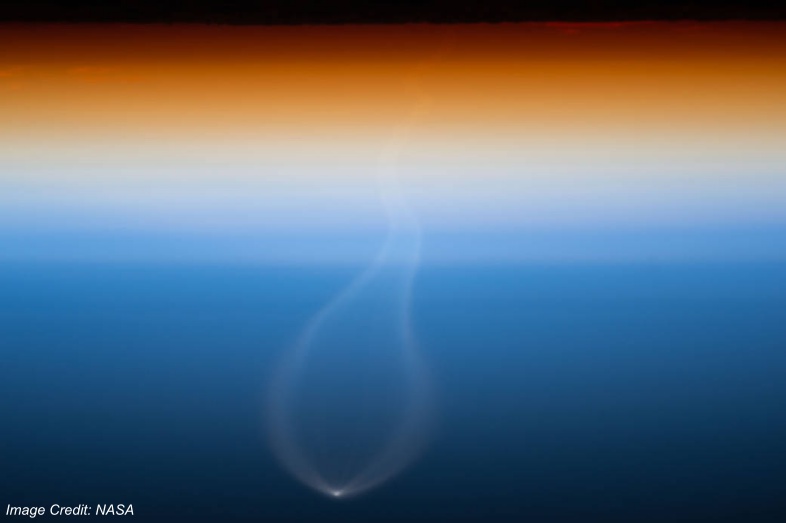 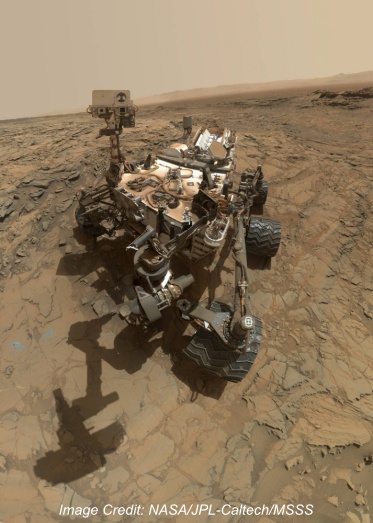 Check out The Earth Site's new store. You can do an amazing amount of good there!