It has taken millennia to figure out, but scientists have finally developed “a near-perfect blue pigment!” And better still, it was discovered by accident.

Chemists at Oregon State University (OSU) unearthed the stunning pigment while creating experimental chemical mixtures for electronics applications. One of their samples, which combined manganese oxide with Yttrium and Indium, revealed a brilliant blue after experimenters heated it to 2,000° Fahrenheit. The team named it “YInMn blue” after the mixture’s chemical symbols.

The team found that the compound’s vivid color comes from its unique crystal structure, which reflects blue light while almost completely absorbing red and green wavelengths. Further experiments revealed YInMn to be nontoxic, and durable enough to maintain its structure when submerged in water and oil. Lead researcher Mas Subramanian believes the pigment will be useful for paints, coatings, and plastics, and may even be able to improve energy efficiency when used in roofing materials.

Though the discovery took place in 2009, it has gained recent traction in the media after OSU licensed the pigment to The Shepherd Color Company. The company has initiated its own testing before making the pigment widely available for commercial use. 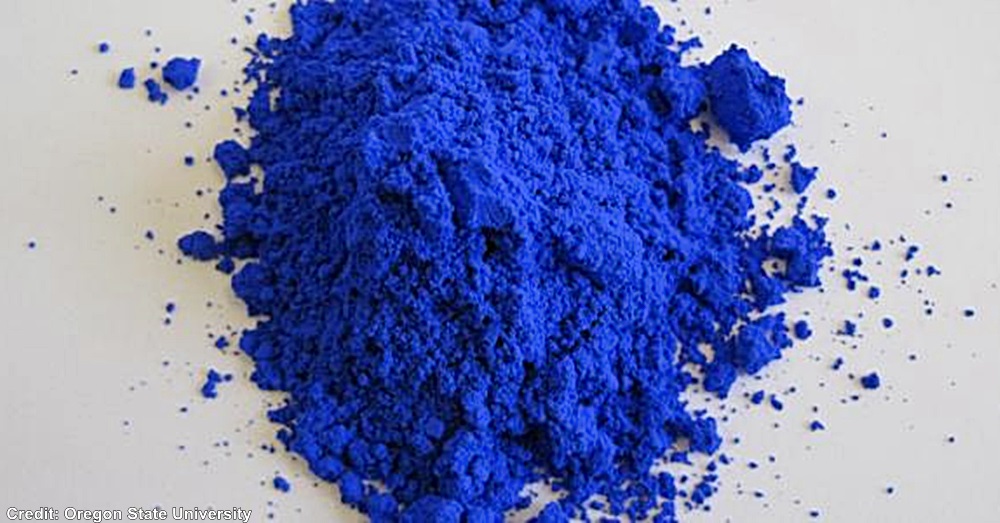