As of now, President-elect Donald Trump has put someone in charge of the Environmental Protection Agency who has been an extreme advocate and close ally of the fossil fuel industry. According to the New York Times, Scott Pruitt “has been a key architect of the legal battle against Mr. Obama’s climate change policies.” So now we have to ask ourselves, will the earth’s environment be able to come back from the potential damage of the next four years?

Despite nearly every country on the globe coming together in agreeance that taking action against climate change is a complete necessity for our world, Donald Trump and his selected officials are still in denial that climate change even exists.

As the Oklahoma attorney general, Pruitt has done numerous things that vehemently oppose attempts to solve climate change, including suing President Obama’s Clean Clean Power Plan. He has also filed a suit against the EPA itself in order to stop a regulation of methane gas emissions from the oil and gas industries. 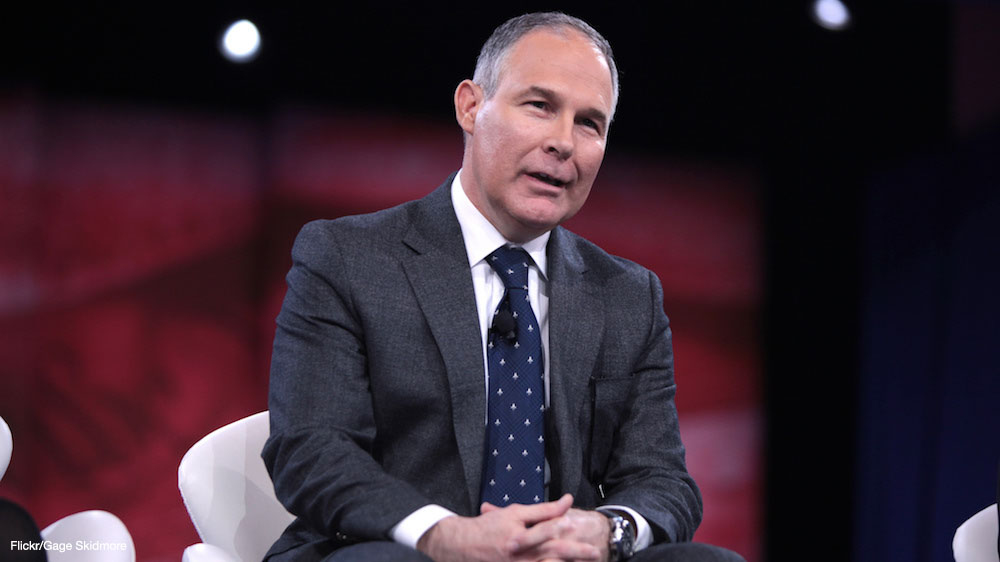 Pruitt’s own LinkedIn account even boasts that he is “a leading advocate against the EPA’s activist agenda.” How is a man supposed to run an agency that he has directly opposed?

Trump’s election, alongside the people he has nominated to lead beside him, are extremely worrisome for the future of the environment and everything that inhabits our planet. Many endangered animals are already seeing mass deaths due to environmental issues, and places like the North and South Poles are suffering greatly due to rising temperatures.

All of the things happening in the world are actually happening. It is not a hoax, and it has been scientifically proven. If Trump and his allies continue to deny this issue, the generations to come are going to have an extremely difficult time on our planet.

Click here to sign the petition and show that we aren’t going to stand by and watch our environment be destroyed!