Diving in the ocean can be extremely exhilarating, but it can also be incredibly dangerous. For as many things as there are to enjoy, look at, and explore, there are just as many things, if not more, that pose serious mortal danger to us humans.

Being underwater means we are willingly going into a world that we do not function in naturally, since we are unable to breathe beneath the surface of our planet’s waters. 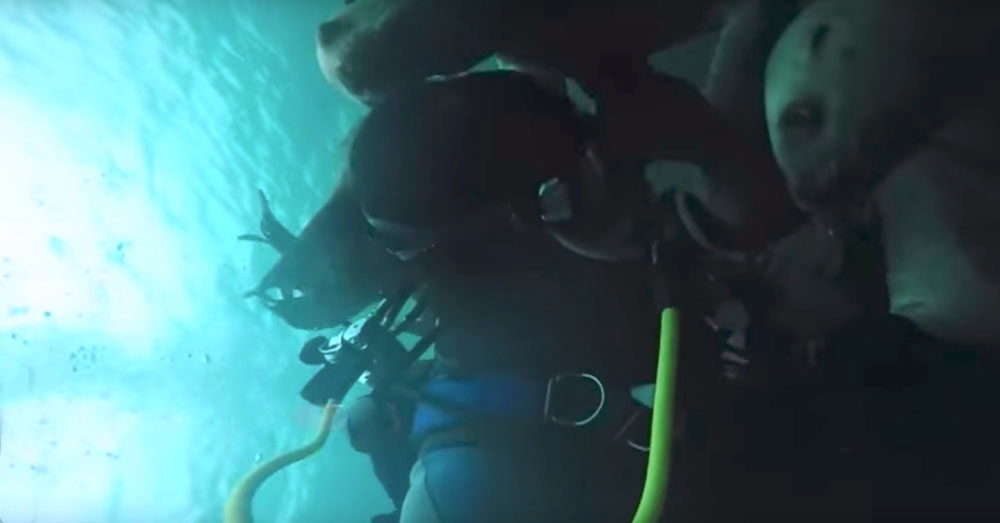 In spite of this fact, diving can be an amazing hobby or job that allows us to take part in something different from what we see every day on land, like a massive crowd of sea lions all trying to play with you at once off the coast of British Columbia!

Experiences underwater are totally different from those on dry ground. There are animals who live their entire lives in the water, and being able to see how they go about their daily routines can be very insightful.

Other animals, like sea lions, can spend their time equally split between above the water and beneath it, which means human contact isn’t that uncommon for these creatures. 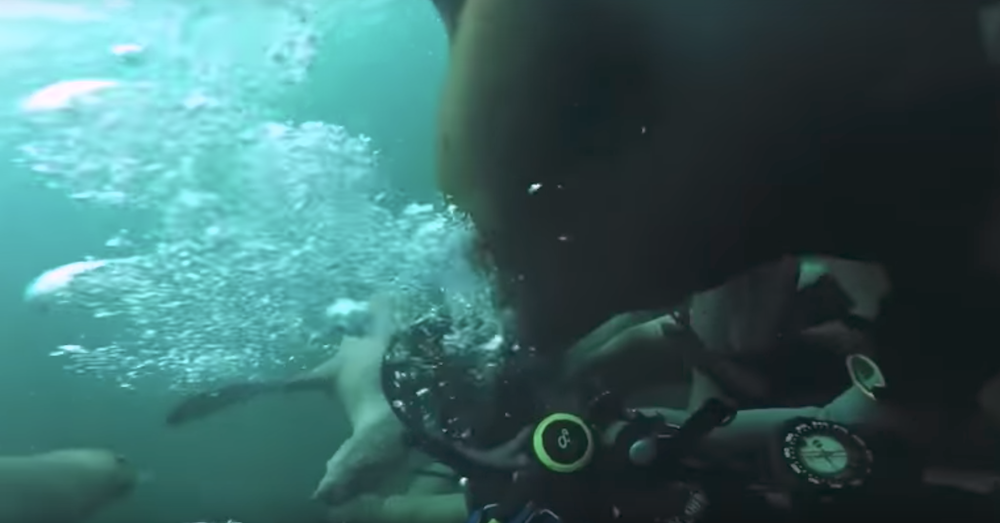 They are also some of the most playful mammals in the ocean, right next to dolphins. Not only are they extremely curious, but they also just enjoy being able to have some fun.

But when a massive crowd of sea lions get together, it can be a bit overwhelming.

A male California sea lion usually weighs in at right around 650 pounds and is close to eight feet long, on average. That means that even when these fun-enjoying animals have good intentions, they could still be dangerous, just due to the sheer size difference.

In the heat of mating season, even the most docile and friendly animals can become extremely dangerous. Back in 2007, a young girl was attacked by a sea lion out of the blue, so despite their normally playful nature, sea lions can still pose serious danger when not approached carefully.

Thankfully for National Geographic wildlife documentarian, Bertie Gregory, he had a very pleasant experience trying to observe sea lions in their natural environment near Vancouver Island.

Check out the footage of dozens of sea lions swarming around Gregory and just letting their playful nature loose in the video below!