Baja California, a Mexican state bordering California, is home to plenty of creepy crawly creatures. Scorpions, spiders, lizards, and all kinds of other species make their home in the heat of Mexico. But now, an international team has discovered a brand new cave-dwelling spider outside of La Paz in Baja California Sur, Mexico, and it’s the size of a softball.

“The first evidence we found of this species was a shed exoskeleton in the cracks of a rock overhang,” said Jim Berrian, field entomologist at the San Diego Natural History Museum.

So the very first thing this team of scientists found was a softball-sized shedding of spider skin. Anyone who is even slightly afraid of spiders would most likely have been in an absolute nightmare tagging along with this research team.

After seeing the initial evidence for the massive arachnid, the team returned to the caves at night, having determined that the creature was most likely nocturnal. And when they did, they found the first living specimen of Califorctenus cacachilensis. 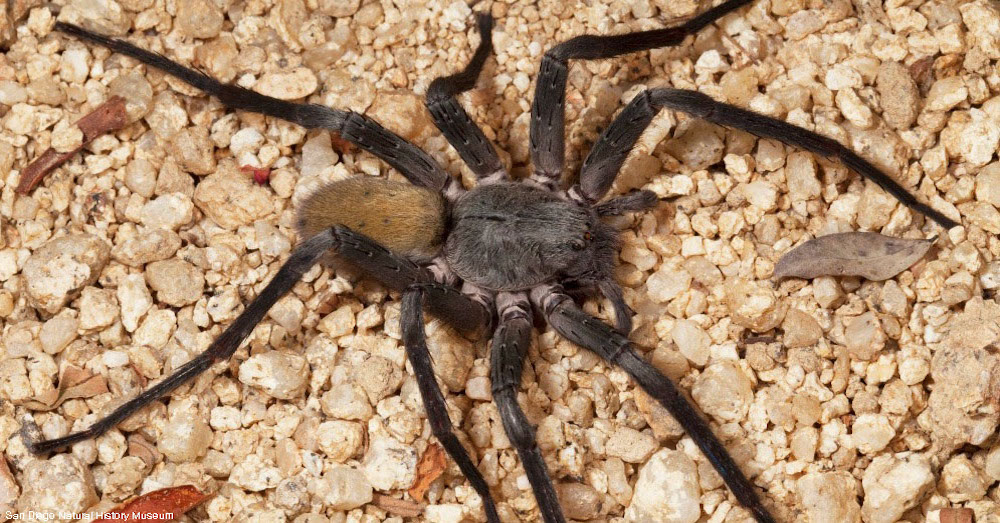 “When I saw these spiders for the first time, I was very impressed by their size,” said Dr. Maria Luisa Jimenez, a researcher at the Centro de Investigaciones Biológicas del Noroeste. “In all my experience over the years collecting spiders on the peninsula, I had never seen a spider this large. I suspected that something new was waiting to be described.”

Even though cave spiders of this size are extremely venomous, this particular spider does not contain venom that is harmful to humans, so at least it can’t hurt anyone.

New species of insects and spiders are being discovered nearly every single day, and the discovery of Califorctenus cacachilensis is just another drop in the ocean, considering that most scientists believe there are up to five million species that have yet to be found.