For 45 years Wassana spent all of her time felling trees, hauling logs, and attracting tourists. When she wasn’t working she was in chains. Her captors never treated her well, leaving Wassana malnourished, unbathed, and covered in open wounds. She was enslaved and unable to free herself.

But the story of this elephant does not end like it began, because Wassana was finally freed from her captivity and is happier than she ever was before.

Wildlife Friends Foundation Thailand (WFFT) stumbled upon Wassana while in process of rescuing another elephant belonging to the same tourism camp. After seeing Wassana’s condition and hearing her owner wanted to retire the elephant, WFFT took it upon themselves to take the elderly elephant to their sanctuary in the Ratchaburi province of Thailand. 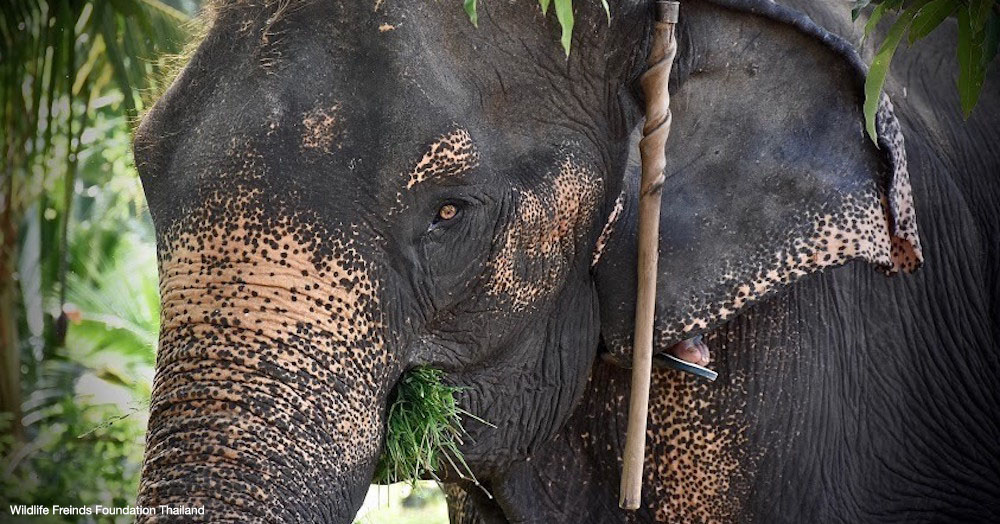 Despite being in captivity for almost half a century, Wassana welcomed her new home as a friendly elephant who hadn’t lost touch with her social side. However, there were still issues trying to find the right place for Wassana to socialize.

She was first introduced to another female elephant named Jele. The two looked to get along amicably, but after so many years in captivity and away from social elephants Jele proved too much for Wassana. 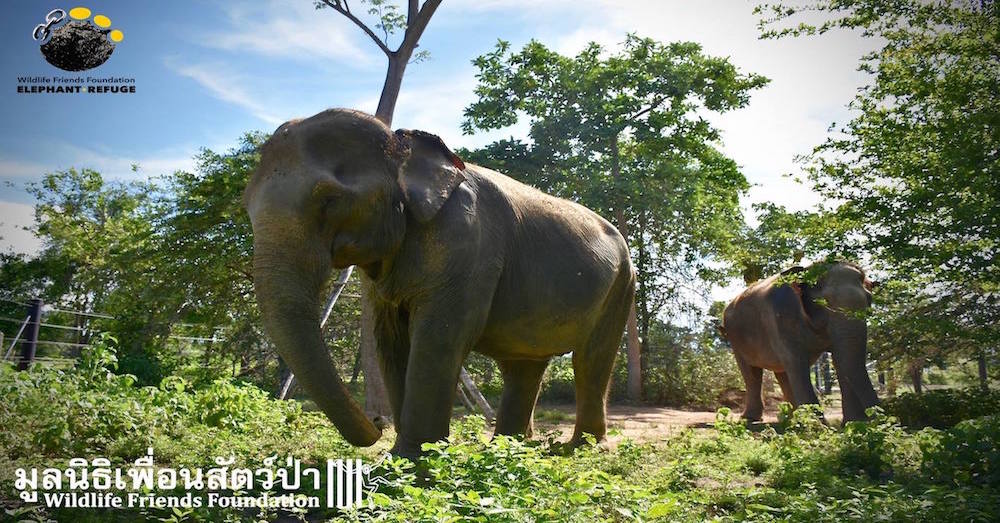 The sanctuary gave Wassana some more time alone to help adjust to her new surroundings, in hopes that they could again introduce her to a friend.

After Wassana became acclimated to her home, WFFT tried again and introduced her to 55-year-old Nam Phon. The two spent their days together and their nights apart. But after a short time, the two elderly elephants bonded and it was apparent the two old ladies were perfect for one another. 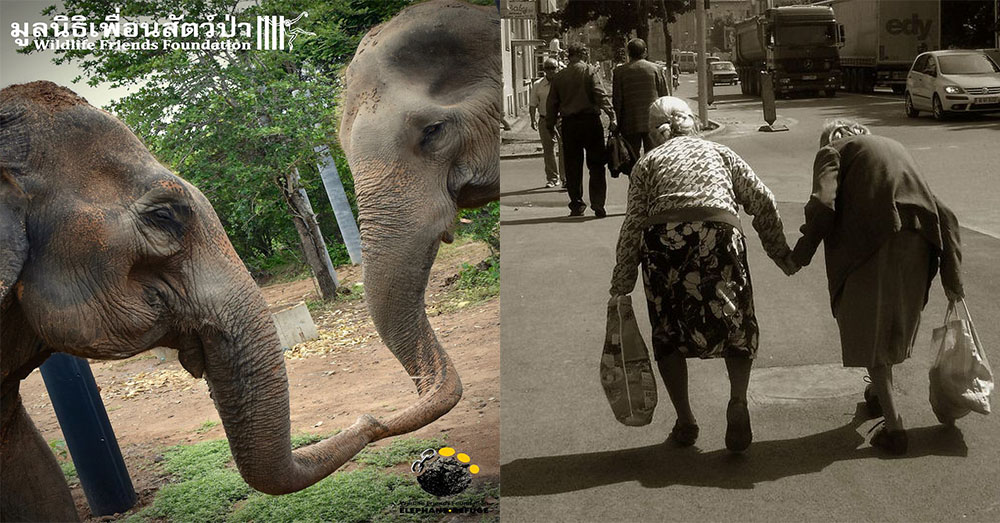 “With her gentler and more relaxed personality, Nam Phon proved to be a brilliant match for the shy Wassana,” WFFT said on their Facebook page. “These two recently rescued elephants are fast forming a very close friendship, which we hope will only grow stronger as time goes on and they can enjoy their retirement together.”

Wassana’s story is typical of many elephants who are forced into labor and tourism camps against their will. Don’t let these animals continue to be abused, and avoid counties where wildlife tourism is heavily promoted.