Weaver ants, also called green ants, are seriously impressive. Their colonies often consist of half a million members, all working hard to build elaborate nests made of larval silk.

The skill and coordination that goes into the construction is unbelievable and the finished product is absolutely magnificent! 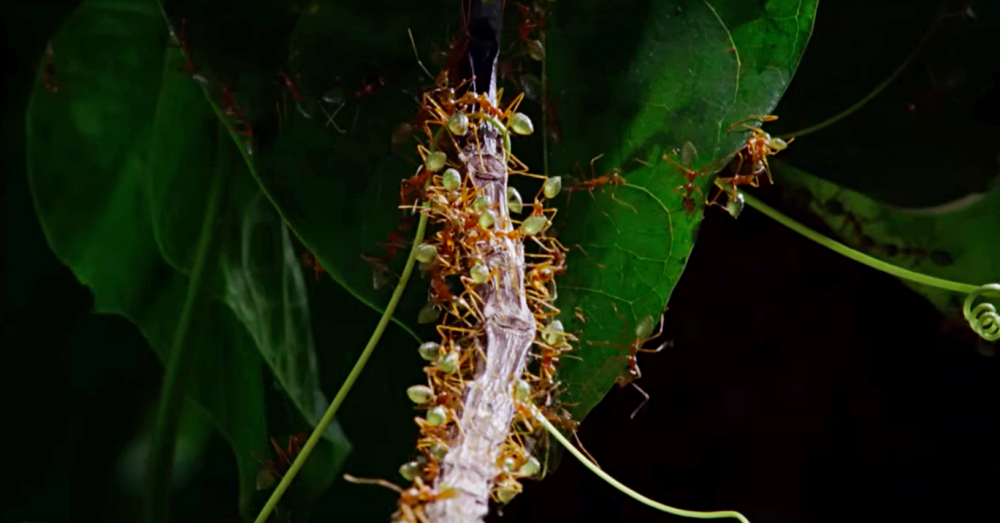 What makes their efforts even more impressive is their size. Minor workers are typically only between 5-6mm long, while the major workers are 8-10mm long.

Within each colony there is a single queen and she can be up to five times as large as the worker ants! And while that may seem huge, we’re still only talking about 20-25mm.

Still, to an ant, that would be enough to cement her right to the throne! 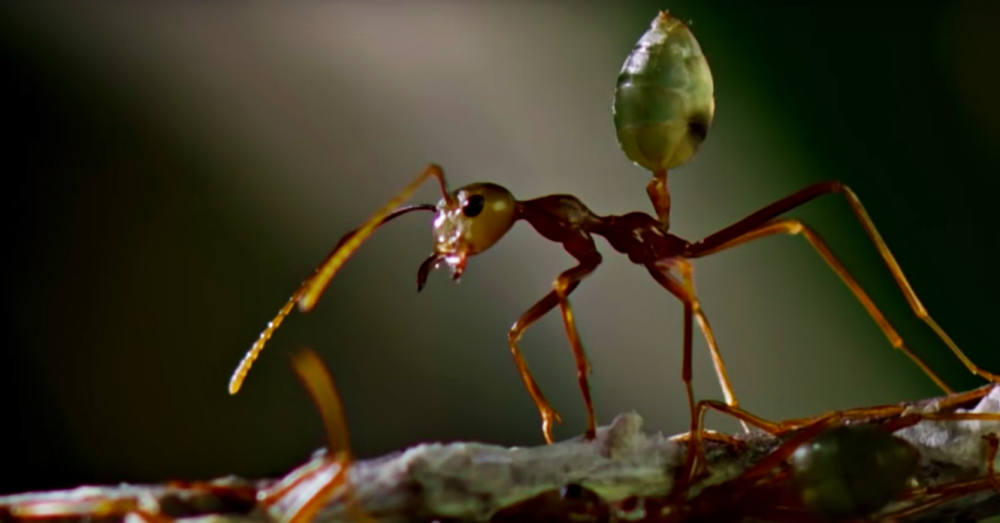 These little guys don’t just differ in size. Minor workers are mostly orange but often have a bright green gaster, which is the bulbous portion found towards the back end of the ant’s body. They are usually responsible for staying behind to look after the youngest ants.

Major workers are the same color but are known for their strong legs, large jaws, and flexible antennae. These ants are charged with gathering food, as well as defending, expanding, and maintaining the colonies. 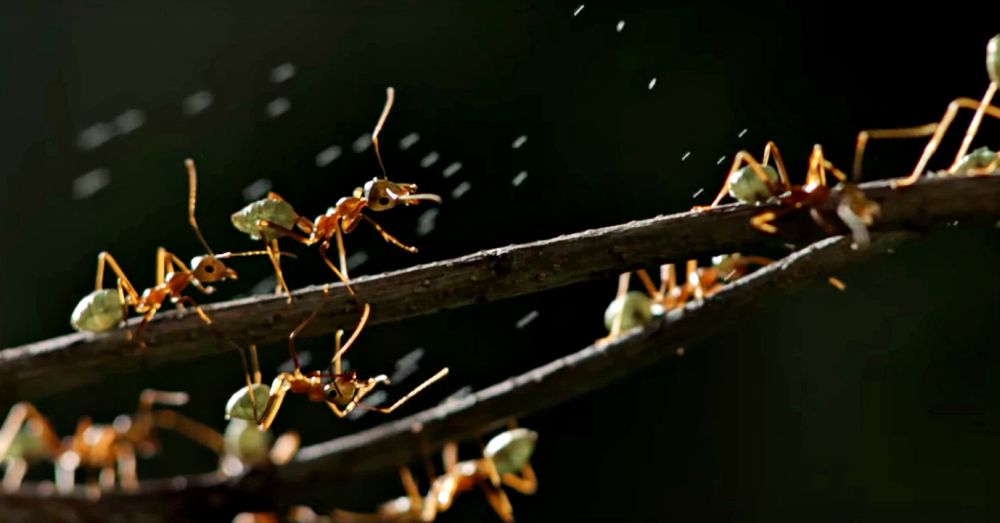 In the video below, you’ll see a weaver ant’s colony in action! Not only will you get the opportunity to view their amazing work ethic, you’ll get a look at how they interact with one another, as well as other animals. Plus, you’ll get to see what happens when these ants encounter a destructive enemy!