What do Captain Planet, Mark Ruffalo, and Jack Johnson all have in common? Each one dedicated significant time and effort advocating for the environment. But now there is a new kid on the block. 16-year-old Xiuhtezcati Martinez has already committed his life to combating climate change, helping the environment, and making the world a better place for his generation and those that come after.

At only six years old, Martinez decided that the environment needed people who truly wanted to fight for it after watching The 11th Hour. Ever since that moment, the Colorado native has done everything in his power to make sure climate change was something people were really thinking about.

Martinez’s Native-American heritage, along with his hip-hop music, has helped him solidify his message and make him an incredibly engaging personality in the climate change movement. 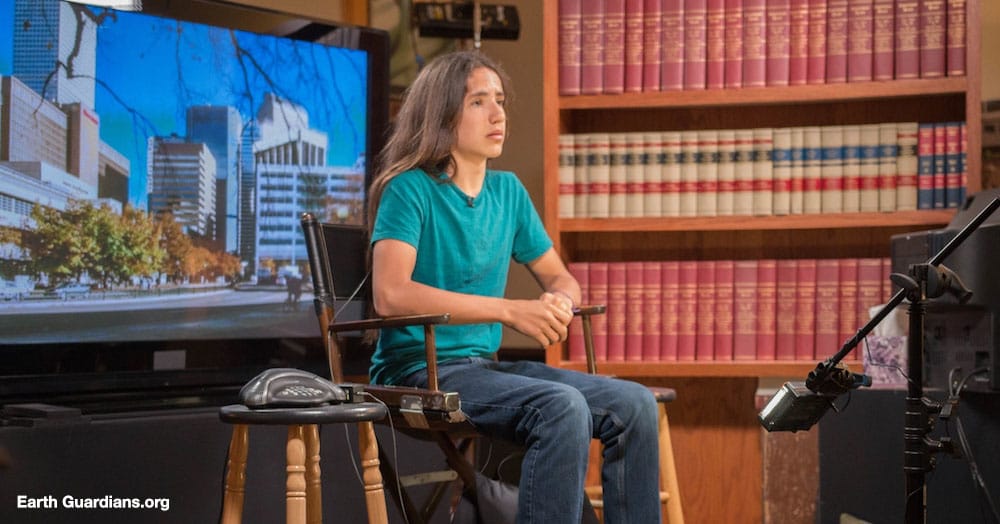 The young activist has already made waves in some of the biggest groups on the globe, having spoken in front of the United Nations, the American Government, and schools around the nation. With his powerful messages, determined attitude, and talented music creation, Martinez has set himself apart as a person who follows through with the actions he proclaims.

By starting small and gradually moving up to tackle bigger issues, Martinez has already produced multiple changes in his hometown of Boulder, Colorado. With the help of his community he has forced a ban on spraying pesticides in public places, and has put in place a fee for using plastic bags.

His next target? Fracking. But like with all things, he has started small in order to make incremental changes. By first asking for restrictions on fracking near schools and hospitals, he plans on limiting the scope of the practice by a significant margin.

But making changes himself is only a small part of what the teenager wants to accomplish.

“For me being a leader is being able to take this voice that I have and share it with people all around the world who are just like me,” Martinez said to TIME. “They also have the ability to use their voice and passion.” 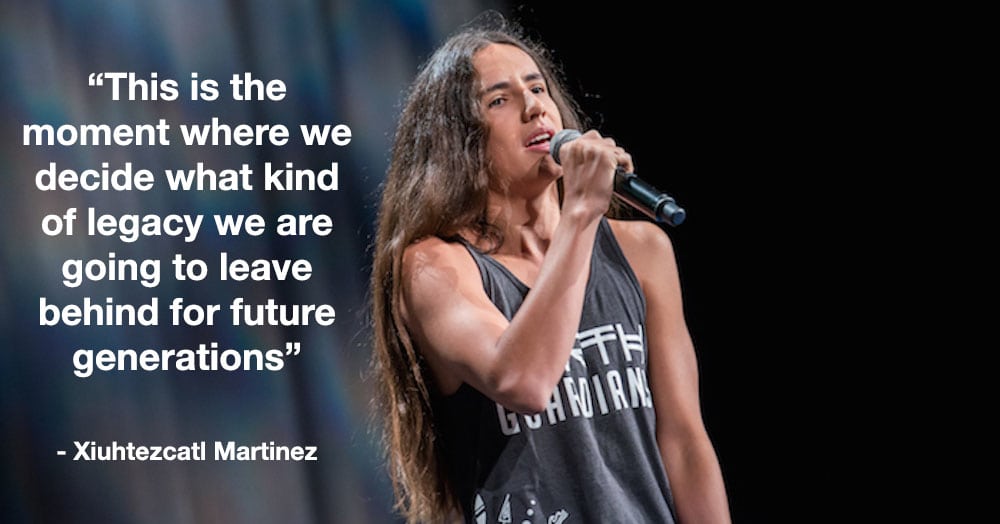 Being a leader in the environmental world is critically important to the success of battling against climate change. But Martinez knows that he can’t do it alone.

Earth Guardians is a group that has formed as a “tribe of young activists, artists and musicians from across the globe stepping up as leaders and co-creating the future we know is possible,” according to their site. As Martinez and other strong-willed youth continue coming together, their message will only become stronger.

As the world continues to find new ways to combat environmental dangers and make the planet a cleaner place, people like Xiuhtezcati Martinez are solidifying themselves as the new global leaders, and if he has his way, the new generation will make a noticeable difference.

Check out what other kind of impacts individuals are having on the world, here!